The winds of Hurricane Ida have significantly damaged the iconic oak trees of Oak Alley Plantation in Louisiana, where productions ranging from “Interview With the Vampire” to Beyoncé’s “Deja Vu” music video were filmed.

The historic plantation posted to its website Friday that the building would remain closed as they begin the process of cleaning up after the hurricane.

“Oak Alley will remain closed as we assess any damages from Hurricane Ida and to allow our staff the time they need to take care of their own properties and families,” a statement on the website read. “We appreciate your messages of support during this difficult time for the entire SE Louisiana region. We will update our website when we have more information on re-opening.” 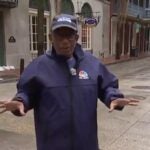 Fortunately, The Oak Alley Foundation says that the mansion is still solid with no damage.

“The iconic alley of oaks, while they experienced a significant “pruning” during the storm, are stable and standing tall,” the foundation shared on Facebook. “There is a lot of vegetative debris on the ground which will take some time to remove but we look forward to welcoming visitors back as soon as we are able.”

Prior to the storm that has devastated much of the eastern United States, Oak Alley provided the backdrop for a number of Hollywood productions.

In the 1994 gothic drama, “Interview With the Vampire,” the plantation served as the home of Louis’ (Brad Pitt), the young vampire taken under Lestat’s (Tom Cruise) wing. According to the Oak Alley website, some graveyard scenes and the loading dock scenes were filmed there as well in October 1993.

The tree-lined paths of Oak Alley were graced by Queen B herself for her “Deja Vu” music video in 2006 as well as for the cover art for the track’s album, “B’Day.”

Viewers may also recognize the plantation from episodes of “Nightrider” and “Days of Our Lives” as well as the 1998 dramedy “Primary Colors,” starring John Travolta, Emma Thompson and Kathy Bates. 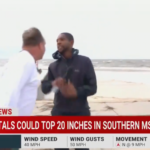