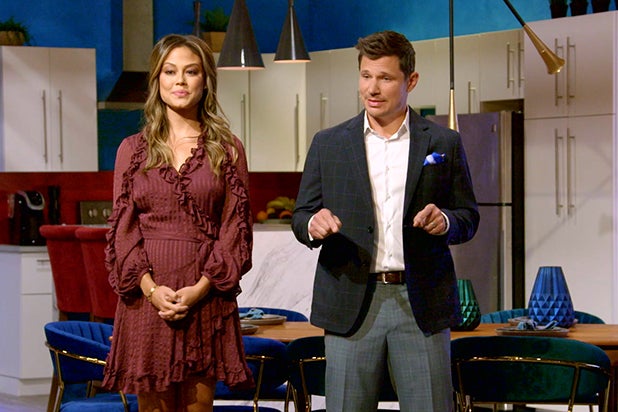 Love may be blind, but can it last? Looks like we’ll get our answer when the couples from Netflix’s hit dating show “Love Is Blind” reunite on March 5.

A week after the season finale hits the streaming service on Thursday, a tell-all reunion hosted by Nick and Vanessa Lachey will premiere on Netflix’s YouTube channel, reuniting the cast to break down the season reveal what came of relationships formed on the show.

Here’s Netflix’s description of the special:

“Which couples are still together? What was it REALLY like to watch this unfold all over again? Do they have any regrets? …plus more unexpected twists and revelations from the whole season explained from the couples who experienced it.”

“Love Is Blind” is described as a “dating experiment” in which singles are paired off on dates where they hope to meet the person they want to spend the rest of their lives with without ever having seen them. After their blind proposals, the show follows the couples back out into the real world, where they return to their regular lives and find out whether or not their relationships are built to last.