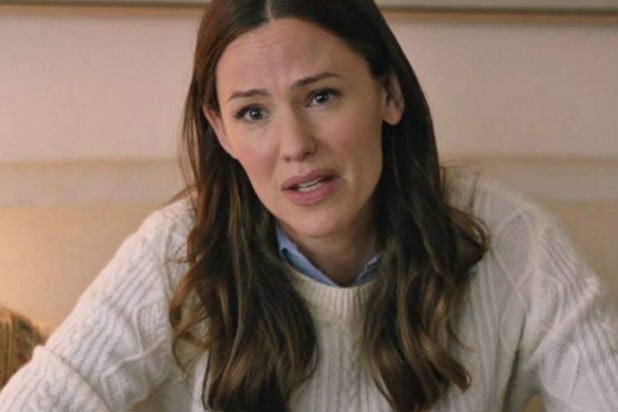 Greg Berlanti’s directorial effort “Love, Simon” has been widely praised as a must-see coming-out story, but the film’s most emotionally resonant moment was not included in the final script.

Actor Nick Robinson’s titular Simon has many conversations — some sweetly awkward, some wrenching — with friends and family about the fact that he’s gay, but the climax of the film comes with a moment between he and his mother, played by Jennifer Garner.

“It wasn’t in the original draft of the script,” Berlanti told TheWrap. “And Jen, when she joined the movie, said, ‘I want to connect with my son in the last act.’ I said she was absolutely right.”

The scene is a bittersweet post-mortem after Simon announces he’s into guys while his family opens presents on Christmas morning. After days of tension, he sits with his mother and asks a question common among LBGTQ youth: Did you know?

Garner, whose character is a therapist, delivers a beautiful monologue revealing what she in fact knew: that Simon had a secret though she didn’t know what, that it was a visible burden , and that she hated he had to go through it alone.

There wasn’t a dry eye in the screening TheWrap was in, and that sentiment tracks with many audiences. Berlanti set the tone for the added scene, written by adaptive screenwriters Elizabeth Berger and Isaac Aptaker.

“When I came out of the closet, there were two things that were so self-evident they shouldn’t have needed to have been said,  but I remember how good they felt when they were said to me. One of those things was, ‘I still love you.'” Berlanti said.

In the weeks before release, people compared Garner and Robinson’s moment to a similar one between Michael Stuhlbarg and Timothee Chalamet in “Call Me By Your Name.” While shooting, no one was immune to the power of Garner and Robinson, including the crew.

“Every time she did that scene that day, everybody on set was crying. Grips were crying, there were people coming in from craft service because they heard the scene was so moving. You knew that she was doing something [special], and Nick was so present in hearing her. Thats also when I realized, ‘Oh shit. This is universal. We all need to hear this,'” said Berlanti.

“Love, Simon” is touted by Twentieth Century Fox Film as the first gay teen romance film released by a major studio. Strong reviews and an 91 percent Rotten Tomatoes score led the film to an $11.5 million opening weekend on a production budget of $17 million.

The film is currently in theaters nationwide.