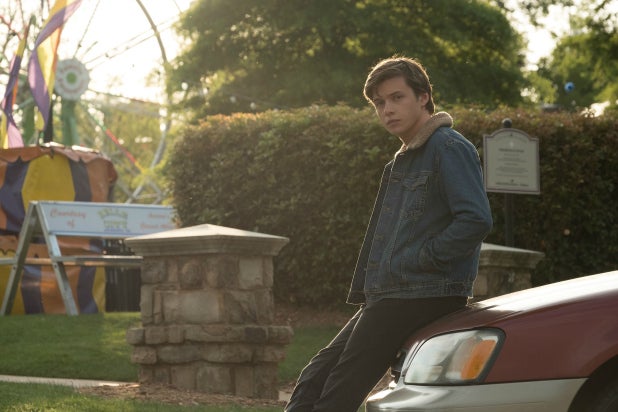 I didn’t know how badly I needed to see two gay teens have a John Hughes happy ending until “Love, Simon” showed me what one looks like.

And while this adaptation of Becky Albertali’s YA novel is safe as milk compared to the LGBTQ stories that indie and foreign filmmakers have been telling for the last few decades, it’s still a big deal that this boy-meets-boy romance was produced by Fox 2000 and is being released by 20th Century Fox into thousands of theaters nationwide. It’s an even bigger deal that a mainstream movie this groundbreaking also manages to be sweet and charming, and not merely a good-for-you exercise in tolerance and understanding.

Queer pundits will no doubt take “Love, Simon” to task for being too white, too cisgender, too heteronormative. And they won’t be wrong. But even if this is “Call Me By Your Name” through the lens of the Disney Channel, there’s a place in the culture for adolescent gay kids to enjoy the shiny, shallow, pop-song-infused coming-of-age stories that their straight peers consume on a daily basis. The first one out of the gate always plays it safe; the trick now is to keep the gate open.

I still remember trying to host gay movie nights back in the early 1990s, and how difficult it was to find films that weren’t depressing and tragic; say what you will about “Love, Simon,” it’s upbeat and life-affirming and exactly the kind of movie I would have watched over and over again (on the sly) as a closeted teenager.

The closet is where Simon (Nick Robinson, “Jurassic World”) finds himself in his senior year of high school; he’s pretty sure his parents Emily (Jennifer Garner) and Jack (Josh Duhamel) would understand, as would best pals Leah (Katherine Langford, “13 Reasons Why”), Nick (Jorge Lendeborg Jr., “Spider-Man: Homecoming”), and Abby (Alexandra Shipp, “X-Men: Apocalypse”). But why risk everything when college is just around the corner? (There’s a funny fantasy musical number in which Nick imagines a rainbow-colored life at “Liberal University.”)

Also Read: 'God Friended Me' From Greg Berlanti Gets Pilot Order at CBS

Simon’s first tentative steps out of the closet occur when a classmate anonymously comes out on the school blog. Simon (also hiding his identity) starts exchanging emails with “Blue” about their lives, but as Simon starts falling for his pen pal, disaster strikes: Obnoxious drama-club geek Martin (Logan Miller, “Take Me to the River”) finds Simon’s emails on a computer in the school library and blackmails Simon into setting him up with Abby. This intrigue sets off a chain of complications that threatens to blow up Simon’s relationship with “Blue” and with his closest friends, not to mention his well-cultivated privacy.

Simon is a fairly blank character, but we can give director Greg Berlanti and writers Isaac Aptaker and Elizabeth Berger (“This Is Us”) the benefit of the doubt for making him that way, and not just to give the audience a space on which to project themselves; being in the closet is about hiding your light under a bushel and tamping down any aspects of your personality that might give you away. (Clark Moore steals every scene he’s in as a sharp-tongued classmate of Simon’s who can’t and won’t hide who he is.)

Other cast members who stand out are Garner and Duhamel as any kid’s dream parents: loving, empathetic and understanding, they’re ready to greet Simon’s news with open arms once he’s finally able to share it. (They’re right up there with the mom and dad in “Call Me by Your Name.”) The school’s faculty includes the hilarious Natasha Rothwell (“Insecure”) as a drama teacher contending with the worst production of “Cabaret” ever, and Tony Hale, who nails the jokey high school administrator who wants to be your best pal but also has to take your phone away until after school.

Does “Love, Simon” present a cozy suburban fantasy of tidy houses and understanding parents and mostly-bully-free high schools? Absolutely. But straight people have gotten that exact fantasy over the years from Mickey Rooney and Annette Funicello and Molly Ringwald. There are more LGBTQ stories to be told about different kinds of people, and those movies should absolutely be made. But letting two boys kiss in a movie this innocuous represents its own kind of revolution.