Erich Segal, who wrote the novel "Love Story" and the screenplay for the film based on it, died Sunday in London. He was 72. 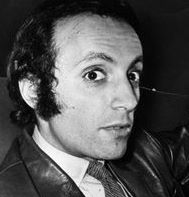 Segal’s daughter Francesca told the New York Times her father died of a heart attack, but that he had had Parkinson’s disease for 25 years.

Segal lived a dual life, as a classics scholar who taught at Harvard, Yale, Princeton and Oxford, and as the author of the best-selling "Love Story" as well as its sequel, "Oliver’s Story." Other novels were "The Class," about five members of the Harvard class of 1958, and "Doctors," about childhood friends going through medical school together.

He also was a screenwriter, with credits including co-writing the 1968 Beatles movie “Yellow Submarine.” In an obit in the Guardian, his friend Ned Temko wrote: "(T)he imprint of the rabbi’s son was particularly evident in his mischievously inserted line: ‘Funny, you don’t look blue-ish.’ The Fab Four didn’t get it. But Erich insisted: ‘Trust me, they’ll laugh.’ And they did."

The son of a rabbi, Segal earned a doctorate at Harvard. He later became professor of Greek and Latin literature at Harvard University, Yale University and Princeton University. At the time of his death, he was a professor at Wolfson College, Oxford University.

He continued to write until his death, producing more than half a dozen novels, essays and literary criticism. His last major work, according to the Guardian, was a scholarly look in 2001 at the history of comedy, and of dirty jokes, from the ancient Greeks to Stanley Kubrick’s "Dr Strangelove."

"Love Story" was his first novel, published in 1970; it became the top seller of that year and was translated into 33 languages. Its first line, "What can you say about a 25-year-old girl who died?," became famous, but not as famous as the line, "Love means never having to say you’re sorry."

Segal earned an Oscar nomination for his adapted screenplay; he also won the Golden Globe for the script.

He later wrote screenplays for "Oliver’s Story," "A Change of Seasons," starring Anthony Hopkins and Shirley MacLaine, and "Man, Woman and Child."

Segal is survived by his wife and editorial collaborator, Karen; and daughters Francesca, a writer, and Miranda, a student.