The message comes from the franchise’s new main character, Victor Salazar, a 15-year-old high school student struggling to understand his sexuality in the midst of a move to a new town with his conservative, religious parents. He takes issue with the relative ease of Simon’s glossy coming out story and its overwhelmingly happy ending. Not everyone has it so easy, Victor insists.

The message feels like a direct answer to some of the criticism of the movie, which was also written by “Love, Victor” showrunners Isaac Aptaker and Elizabeth Berger (“This Is Us”), but it also serves as a statement of intent.

“The goal of the movie was to tell this really aspirational, glossy, fairy tale version of the coming out story because that had never existed at a studio level,” Aptaker said in an interview with TheWrap. “Then, when we got started thinking about a sequel, we wanted to tell a very, very different story.” 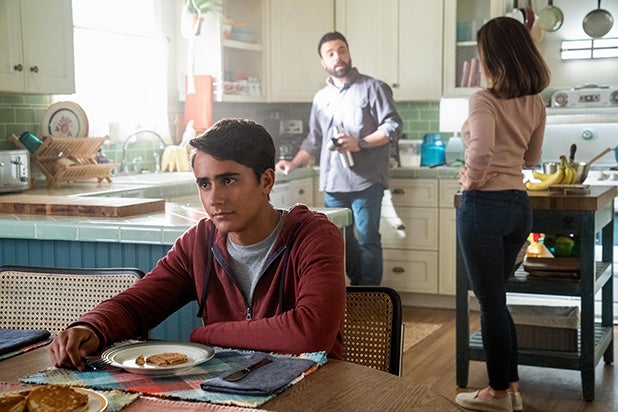 “The one thing we heard was that Simon’s parents are so liberal, his friends are so supportive, his journey was so seamless — Is there a version of a coming out story where the odds are bit harder?”

Enter Victor. Played by newcomer Michael Cimino, Victor is also navigating life in a new high school, trying to find a place where he belongs even though he, like any other 15-year-old, has barely got his own life figured out yet.

“We didn’t want to lose to love and the hope that existed within the film,” said Berger. “Tonally, it was really important to us that this is a show that makes people feel good and makes people maybe want to sit down and watch it with their parents and not feel weird about it.”

Late in the process on Season 1, “Love, Victor” was moved from the family-friendly streamer Disney+ to the more general audience-focused Hulu. The announcement turned heads of those who had seen the incredibly family-friendly movie version and were left wondering how different the series would be to necessitate such a jump. But Aptaker and Berger see the decision as a show of support for the long-term growth of the show. 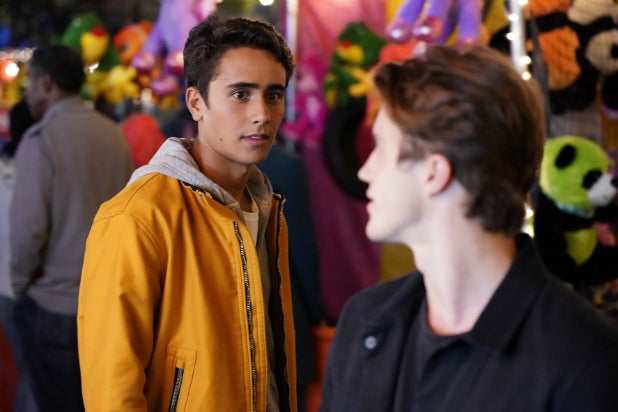 “It felt to us like being on a more adult platform where we have the freedom to tell those stories could only be good for our show,” said Berger.

Disney has already commissioned a second season of “Love, Victor,” but it, like basically all other television at the moment, remains on hold due to COVID-19.

“Script-wise we’re just getting as ready as we possibly can to proceed,” Berger said. “And then in thinking about these stories, we are trying to do our part as writers and producers to take into account the state of the world right now. We’re trying to tell stories we love while also trying to limit there being a hundred extras on set in a time where that would make things a lot more complex.”

“We’re forging ahead,” she continued. “And we’re going to have as much content as we can on our end and while we wait to be told by the experts when we can safely proceed.” 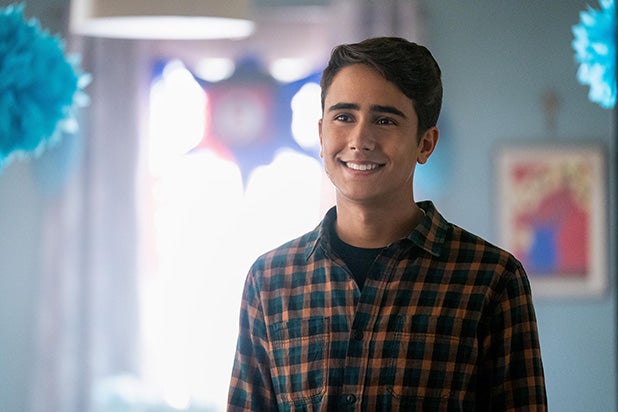 “Love, Victor” Season 1 is now available to stream on Hulu.