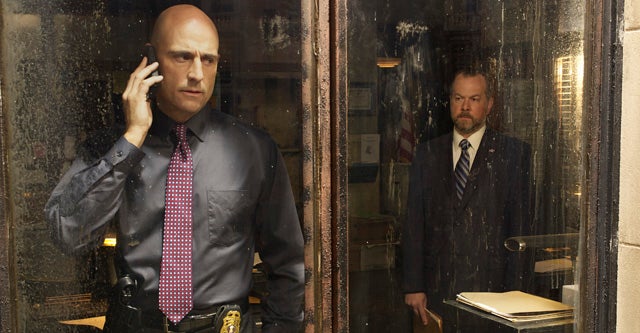 The talent behind AMC's "Low Winter Sun" talked about the season coming ahead during the recent red carpet premiere for the crime drama.

The show, which debuts Aug. 11 after "Breaking Bad," is set in the city of Detroit and explores the fallout from cop on cop murder in Detroit. The series is an adaptation of a U.K. miniseries also starring Mark Strong as Frank Agnew.

"It opens with two cops killing another cop," Strong pointed out to TheWrap. "I think normal pilots tend to leave that moment for the end of the episode.”

Showrunner Chris Mundy talked with TheWrap about his decision to add more crime to the mix. "There are a lot of things about them right away about the intersection of these two stories that didn’t exist in the original," he said.

And David Costabile told TheWrap which place was the craziest to shoot: "The morgue."