As gimmicks go, this is a pretty cool one.  At least if you speak French.

Cesar and BAFTA award winner Luc Besson, director of “La Femme Nikita,” “The Fifth Element” and “Le Dernier Combat,” is inviting the public to participate in the making of his next film by voting on the script, cast, music and other aspects of the production.

Of course, they’re welcome to invest in the movie as well.

And the first 10,000 will have their names included in the final credits, though Besson does not specify how long the names will appear onscreen or how big the typeface will be. 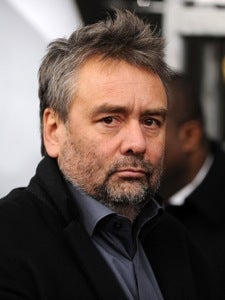 Besson (left) will produce the film for his French studio EuropaCorp in partnership with France Telecom subsidiary Orange, said the Hollywood Reporter after a Paris press conference on the venture.

According to Besson, the impetus was to create a cooperative rather than adversarial relationship between filmmakers and Internet users. "It’s our way of telling web users: Don’t wage war with us. Learn how to make a movie with us, and then you’ll understand what’s at stake when you illegally download films."

While the public will be allowed to vote on aspects of the yet-untitled (and unfinanced) film, Besson has also assembled a panel of directors, actors, writers and other film professionals to have input as well.

EuropaCorp hopes to release the film in theaters in 2011. Orange Cinema Series has purchased the broadcast rights.

The website, which launched on Friday, is weareproducteurs.com. Currently, it is entirely in French.

EuropaCorp, cofounded by Besson and Pierre-Ange Le Pogam in 2000, recently produced the John Travolta/Jonathan Rhys Meyers action film “From Paris with Love,” which fared poorly at the boxoffice. It will handle French distribution for Terrence Malick’s next film, “The Tree of Life.”