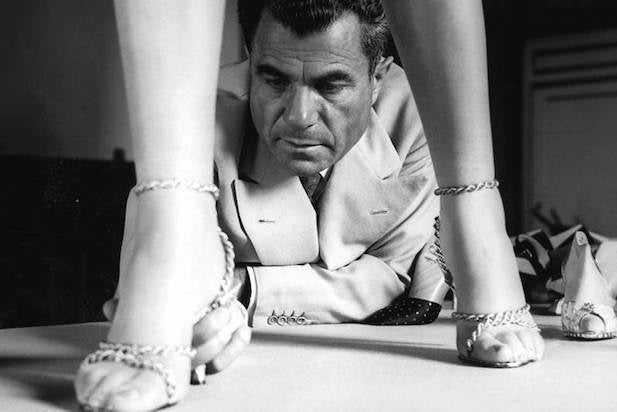 Sony Pictures Classics has acquired the worldwide rights, excluding Italy, to “Salvatore: Shoemaker of Dreams,” a new fashion documentary about Salvatore Ferragamo that’s directed by “Call Me By Your Name” director Luca Guadagnino.

“Salvatore: Shoemaker of Dreams” was written by Dana Thomas and narrated by Michael Stuhlbarg. The documentary is premiering at the Venice International Film Festival on September 6 out of competition.

Sony Pictures Classics did not immediately announce release plans for the documentary.

The documentary tracks Salvatore Ferragamo’s fascinating personal, artistic and business story, from his childhood in Bonito, where he made his first pair of shoes, to his journey to America to seek his fortune, from his experiences in Hollywood to his return to Italy, from the verge of bankruptcy to resurgence in his Florence factory and rise to definitive acclaim. With character, instinct, genius, curiosity and extraordinary intuition, “Salvatore: Shoemaker of Dreams” shows the mystery and magnetism of a complex man, an icon of Italian and international luxury fashion who never lost sight of the importance of family.

“It is with true joy that I come home to SPC with my new feature documentary,” Guadagnino said in a statement. “The life and legacy of Salvatore Ferragamo speaks for how genius and discipline can conquer the world of imagination and desire. It will be exciting to show the world this experience thanks to the care and wisdom of Michael, Tom, Dylan and Carmelo.”

“Luca Guadagnino is back!” SPC said in a statement. “‘Salvatore: Shoemaker of Dreams’ is that rare, rich documentary about the rise of the fashion icon that goes to the nature of creativity in the twentieth century. Bravo to Luca and his team. We are excited to be bringing the film to audiences everywhere.”

“Salvatore: Shoemaker of Dreams” is produced by Francesco Melzi d’Eril and Gabriele Moratti of MeMo Films and executive produced by Stella Savino.

Sony Pictures Classics previously released Guadagnino’s “Call Me By Your Name,” and Guadagnino also executive produced “The Truffle Hunters,” another documentary film that SPC will be debuting at TIFF later this month.

The deal was negotiated by eOne’s Sierra/Affinity on behalf of the filmmakers.