Alejandro Films Productions, founded by Kevin Alejandro, Leslie Alejandro and Dani de Jesus, and Craig Anderson Productions have jointly secured the rights to Rogin’s book, which follows Jim Vargas, who suffers from PTSD and survivor’s guilt due to the blame he assumes for his brother’s death on 9/11.

In the 2008 backdrop of the financial crisis, Vargas’ Iraq war veteran niece Nina Vargas goes missing after a nightmare-ish party with other vets. When no one searches for the missing vet he decides to investigate alongside her friend and former army nurse Lise Sheridan. 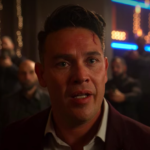 Kevin Alejandro — who has starred alongside Tom Ellis on “Lucifer” throughout the show’s first five seasons, the most recent of which dropped Friday on Netflix — will star as Vargas.

Rogin’s “Life During Wartime” was published by Mastodon Publishing, an imprint of C&R Press, in 2018 to rave reviews for its authentic depiction of PTSD and sexual assault in the military. Rogin used her personal experience of PTSD as inspiration for the novel.

The TV series adaptation of “Life During Wartime,” which does not yet have a streaming service or network attached to the project, will be executive produced by Kevin Alejandro, Leslie Alejandro (“SMILE,” “Adult Night”), Dani de Jesus (“Adult Night,” “A Cohort of Guests”) and Craig Anderson (Lifetime’s “The Amanda Knox Story”). 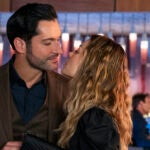 “The process of healing after trauma has no rules, everyone has to figure out their own path towards reconciliation and recovery,” the Alejandros and Anderson said in a joint statement. “‘Life After Wartime’ observes, dramatizes and gets inside this struggle and ultimately confronts the disorder. Can it be conquered or is it just survival?  I am moved by anyone who wrestles with this experience.”

Along with his fan-favorite role of Det. Dan Espinoza on “Lucifer,” Alejandro’s notable credits include HBO’s “True Blood” and TNT’s “Southland,” opposite Regina King, for which he also received an Imagen Award for Best Supporting Role in a Drama Series.