Chiara Aurelia’s initial reaction to reading the script for the R-rated “Luckiest Girl Alive” film adaptation of the novel by Jessica Knoll was one of terror. But that drew her even closer to the material.

“The first time that I read the script, my initial reaction was ‘Wow, this is terrifying,’ and thinking that the role was such a challenge and that it would really stretch me as a person,” she told TheWrap in a recent interview alongside co-star Mila Kunis, who plays an older version of Aurelia’s character. “That immediately gravitated me towards it. And also I think I really look for — actresses like Mila have seriously paved the way for me at my age (at which co-star Kunis chuckled) — I’m saying even in the last 10 years, it’s changed so much to where there’s so many more multi-dimensional female characters.”

For Kunis, Knoll’s writing captivated her. Knoll’s novel was published in 2015, and she adapted the screenplay for the 2022 film herself, which follows the story of Ani FaNelli, an up-and-coming journalist and editor who does everything she can to outrun some dark times in her past. 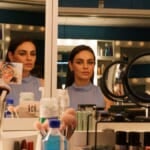 “Jessica’s writing to me was extraordinary. It was one of the first scripts that I’ve read in a very long time where her genuine writing, her cadence, the way that her characters speak, are so specific to who she is,” Kunis said. “It’s like looking at a Diablo Cody script and without having the name on it, you read and go, ‘Oh, I know who’s the writer of the script.’ To me, Jess has the same gift and I was so excited to read a script that to me felt like it was a specific tone and just true to who she was as a writer.”

Ani, who has worked her butt off to achieve all sorts of things that her past self only dreamed of, is about to embark on some exciting new chapters of her life: a glamorous wedding to a very rich man and a coveted editorial job at The New York Times Magazine. But she starts to question if she really wants all of this after a documentary filmmaker resurfaces some traumatic events that happened to her in high school.

“The opportunity to play like a young woman that has more than one thing going on, I think that Ani has so many things going on,” Aurelia said. “And she’s so multi-dimensional and complex and getting the opportunity to follow in the footsteps of someone like Mila and be able to work on a film like this was honestly an incredible honor.”

Aurelia portrays the high school version of Ani, who is seen mostly in flashbacks to the high school trauma — three boys she considered friends sexually assaulting her in a gang rape, followed by a school shooting planned by two other boys who also used to be her friends.

Kunis started out telling people there are two versions of Ani, but then she realized there are actually three.

These conflicting layers of Ani’s identity circle around her trauma, with which she copes in different ways like binge-eating, excessive exercise and obsession over wealth and status.

“There’s a young Ani, who at that point is still of the same. She’s figuring it out, but at least she’s allowing her inner thoughts and outer thoughts to all be vocal,” Kunis said. “Trauma happens and post-trauma, you bury that person and you bury them deep down inside and sometimes they make way and they start talking to you but you don’t allow that person to come to fruition.”

As for acting out the traumatic events, Aurelia described her approach to balancing the portrayal of graphic and triggering material as one of intention, one that she did her best to take on with tact. 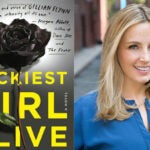 “My intention as an actress is going to be different than the intentions of people more behind the scenes,” Aurelia said. “My intention as an actress was more just to be able to come in and be as authentic and honest as I could be, and it was such an opportunity for me to be speaking [with the help of] other women and other people’s voices and to be able to stand there and try to handle it as best I could, being a young woman and trying to speak up for other young women.”

Kunis detailed that they worked with RAINN, the nation’s largest anti-sexual violence organization and Sandy Hook Promise as well as other foundations to assist in the two big scenes.

“We ended up working with RAINN and with Sandy Hook and with a lot of other amazing foundations that helped assist us in both of those traumatic scenes to make sure that they came across honest and true,” she said. “And not feeling like it was glorifying something that it shouldn’t be. We took into account a lot of people’s opinions and information and they were part of the script process. They were a part of the edit process. They were part of the whole thing.” 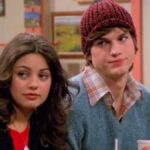