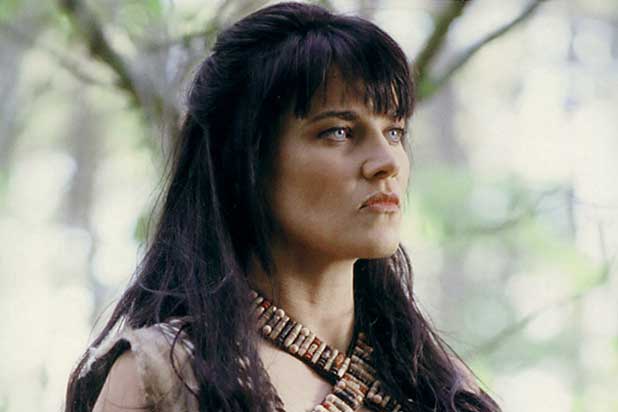 It looks like Lucy Lawless will be featured in the sophomore season of “Marvel’s Agents of SHIELD.”

The hot heroine who spent most of the ’90s racking up fan cred as “Xena: Warrior Princess” will be featured in ABC’s equally geeky Marvel spin-off, according to TV Guide, but the nature and extent of her role is still unknown.

“SHIELD,” a TV spin-off based around Clark Gregg‘s Agent Coulson character from several of the recent Marvel movies including “The Avengers” and “Iron Man,” debuted to impressive ratings at the start of last season. But as TheWrap previously reported, the numbers eventually dipped throughout the course of its freshman run.

In May, ABC renewed the program for a second season and also announced the addition of “Marvel’s Agent ” to its lineup, which stars “Captain America’s” Hayley Atwell.

Lawless is best known for her six-year run as the titular butt-kicking star of “Xena: Warrior Princess,” but she has had more recent television appearances on “Parks & Recreation” and “Spartacus: War of the Damned.”

“SHIELD” showrunners Jed Whedon and Maurissa Tancharoen will both be speaking at the show’s Comic-Con panel at 3:00 on Friday, July 25 in Ballroom 20; it’s possible they will reveal more details about Lawless’ involvement in the upcoming season.