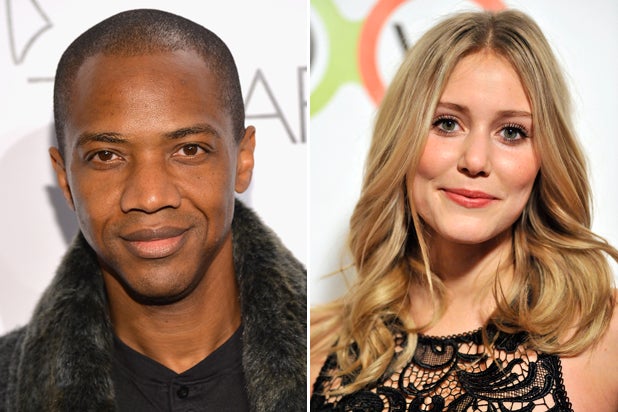 He is most recently appeared in the recurring role of Deathlok on ABC’s “S.H.I.E.L.D.” and is also well known from the role of Charles Gunn on “Angel.” Richards is represented by APA and Greenlight Management.

Guill has starred in a few short-lived TV series, including MTV’s “Underemployed” and TBS’s “Glory Daze.” She also played Madision in MTV’s “My Super Sweet 16” horror movie franchise. In addition to “Crazy, Stupid, Love,” Guill has appeared in “Friday the 13th,” “Altitude,” “Mine Games” and “The Apparition.” APA and Luber Roklin Entertainment represent Guill.

From “Buffy the Vampire Slayer” and “Glee” producer Marti Noxon, the series is based on Vicki Iovine’s “Girlfriends’ Guide…” book series.

The series will follow Abby (Edelstein), the author of a self-help book series who’s hiding her separation from her husband from the public. Starting her life over again as a single woman in her 40s, she finds that advice from divorced friends leads to startling new adventures.

From Universal Cable Productions, Noxon, who wrote the pilot, is also executive producing, along with Iovine, Meryl Poster and Adam Brooks, who directed the pilot. The series is set for a 2015 debut.