Peacock’s reimagining of the seminal LGBTQ+ series “Queer as Folk” is expanding its cast.

Here’s what we know about their characters: 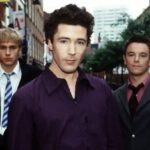 The new “Queer as Folk” comes from creator and executive producer Stephen Dunn, EP Jaclyn Moore, and UCP, a division of Universal Studio Group. It’s based on the British show (which starred “Game of Thrones'” Aidan Gillen, and a young Charlie Hunnam) created by Russell T. Davies.

While the original series was set in Manchester, U.K., the new version is set in New Orleans. It follows a group of friends whose lives are transformed in the aftermath of a tragedy. 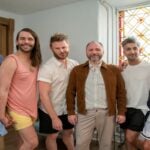 Also Read:
‘Queer Eye': How the Fab 5 Landed in the City of Brotherly Love for Season 5

O’Connell is also a writer and co-EP of the series.

The show is currently in production in New Orleans. No premiere date has been announced.