Many showbiz luminaries will be quick to tell you that casting is half the battle toward mounting a successful production. But what if your main subjects (dubbed “heroes” in this case) often have no idea they will be carrying the entire narrative? Netflix’s more-than-a-makeover reality series “Queer Eye” seems to have figured that conundrum out already in places as varied as Kansas City and Tokyo in past seasons, as the Fab 5 (Bobby Berk, Karamo Brown, Tan France, Antoni Porowski and Jonathan Van Ness) work their transformational magic on the unsuspecting. But their latest stopover, in Philadelphia and its outskirts (even dipping a toe in the Jersey shore for one episode), proved to wring out even the driest of tear ducts.

“Philly really ticked all the boxes in being a place that’s so culturally rich with so much diversity”, says casting director Pamela Vallarelli. “And it allowed us to show certain heroes that we haven’t had the chance to feature before.” Among the 10 subjects featured are an immigrant fishmonger trying to get a restaurant up and running, a teenage activist who does not take the time to enjoy the day-to-day (and to Van Ness’s shock, she has absolutely no idea what Sister Act or Liza Minnelli are), a personal trainer related to none other than pop star Macy Gray, and an unfashionable dad who just wants to look good for his daughter’s wedding. 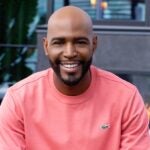 Says casting director Ally Capriotti Grant: “When we start the casting process and look at who has been nominated [for consideration], we take a good look at that city. We research it as a team, we figure out which neighborhoods we want to go to, we learn about the food and the culture and come up with a plan of action. We always ask ourselves 100 times a day, ‘Why now?’, and wonder why that person needs a little extra TLC. And I think we always try to look for the person who doesn’t see us coming.”

It’s awfully hard to compare notes with the show’s focal points given their obvious vulnerabilities and differences, but a handful of them emerged as fan favorites, such as pressed-for-time working mom pediatrician Lilly, a gay pastor named Noah who preaches love and acceptance but often has trouble turning that sentiment back unto himself, and Jennifer, a family rock caring for her beloved husband with ALS and her three daughters, who all nominated her for the series. “Jennifer was such an open book about everything”, says Vallarelli, “part of our job is building trust, so the heroes really have to be up to taking that leap of faith. The hardest thing is when somebody has their walls fully up, so they have to be willing to put themselves out there, because the guys have such a short amount of time for transformation.” 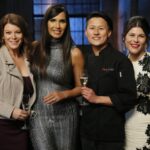 Season 6 will be taking viewers to Texas, and, because of pandemic restrictions, you might see fewer bear hugs and home-invasion pile-ons than usual, but Vallarelli and Capriotti Grant (who have jointly won a casting Emmy for their past efforts on the series) promise that fans will get their requisite Fab 5 fix. And both are already entertaining where they would like to go next. “I would love to do another international season like our Japan episodes, I think we need to go global more. What about you, Ally?” Responds Capriotti Grant: “Totally agreed. It’s important that we tell different stories and getting out of the U.S. will definitely help us do that. But how about every state we can? That’s the goal!”

All seasons of “Queer Eye” are now streaming on Netflix