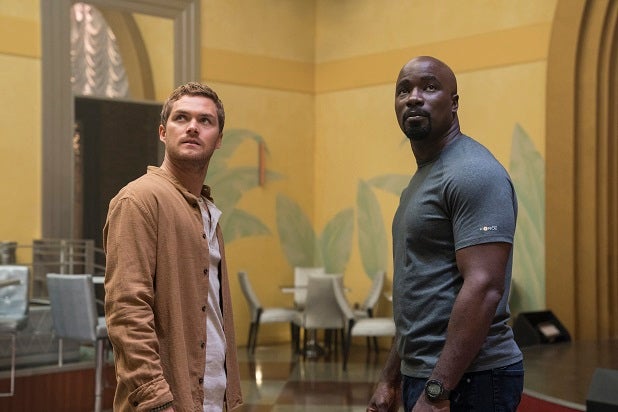 (Obviously, this post has some spoilers for “Luke Cage” season 2 on Netflix.”)

The return of “Luke Cage” continues to expand the size of the Netflix corner of the Marvel Cinematic Universe. Season 2 of the show continues Luke’s story after “The Defenders,” with links to “Iron Fist,” “Daredevil,” “Jessica Jones” and even some of the MCU movies.

Here’s rundown of all the references in “Luke Cage” Season 2 to the rest of the Marvel Cinematic Universe, from the Netflix TV shows to “The Avengers.”

The company Mariah Dillard (Alfre Woodard) and Shades Alvarez (Theo Rossi) want to purchase has a history of being related to shady dealings. In particular, Wilson Fisk (Vincent D’Onofrio) was rescued from prison in an Atreus Plastics truck in the first season of “Daredevil.”

The gun-running business owned by Cottonmouth (Mahershala Ali) in the first season of “Luke Cage” was all about weapons made by Hammer Technologies — the defense contractor run by Tony Stark’s rival industrialist, Justin Hammer (Sam Rockwell) way back in “Iron Man 2.” In Season 2, Mariah and Shades look to sell their remaining weapons to another crime boss so they can go legit.

Foggy Nelson is back 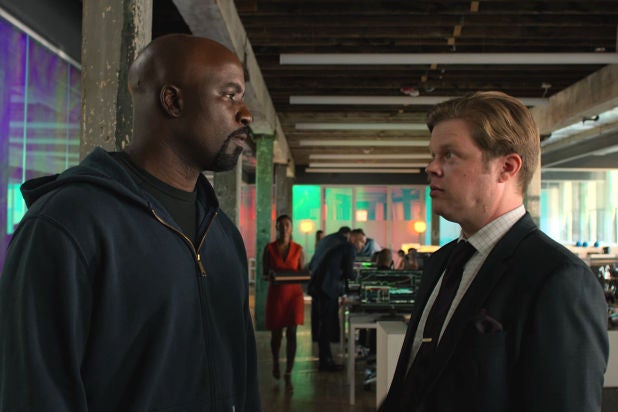 Lawyer extraordinaire Foggy Nelson (Elden Henson), formerly Matt Murdoch’s partner in “Daredevil,” shows up to represent Luke Cage again after getting him out of prison at the beginning of “The Defenders.”

At the end of “The Defenders,” Misty Knight (Simone Missick) lost her arm saving Colleen Wing (Jessica Henwick) and Claire Temple (Rosario Dawson) from the Hand, the evil group of criminals that have been running drugs in New York through several of the Netflix series.

Judas bullets and “The Incident”

In season 2, Luke Cage is immune to the Judas bullets that nearly killed him in season 1. The bullets themselves are special because of their origin: it’s heavily implied in the first season, and confirmed this year, that they’re made from salvaged alien metals from “The Incident,” the MCU name for the Battle of New York at the end of “The Avengers,” in which Loki and his army of Chitauri aliens invaded the city.

Also Read: 'Luke Cage' Season 2: Here's Everything You Need to Remember, From 'Jessica Jones' to 'The Defenders' 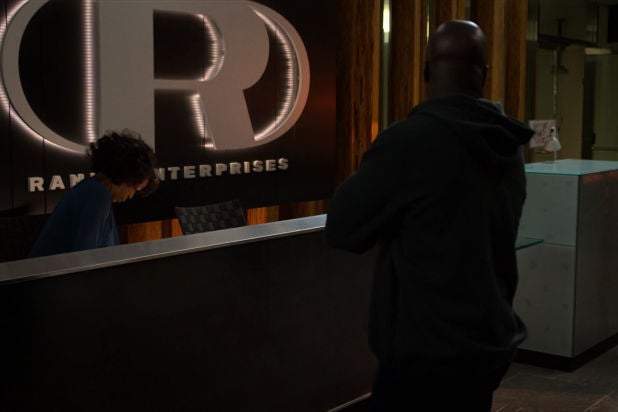 The company owned by Danny Rand (Finn Jones), also known as the Iron Fist, pops up a bunch of times in “Season 2,” thanks to the fact that Danny and Luke are friends. Rand Enterprises also provides Misty Knight with her new bionic arm.

In Episode 2 of “Luke Cage” season 2, Claire tells Luke that she’s worried about his overconfidence. Luke thinks that he’s indestructible, especially after withstanding a Judas bullet, and Claire mentions the apparent death of Matt Murdoch (Charlie Cox) at the end of “The Defenders” — and that Matt probably thought he couldn’t be killed, too.

A few times during “Luke Cage,” characters make mention of Midland Circle. That’s where the final battle against the Hand took place in “The Defenders,” when Luke teamed up with Iron Fist, Jessica Jones (Krysten Ritter) and Matt Murdoch to stop the Hand from destroying Manhattan.

Colleen and Misty hang out 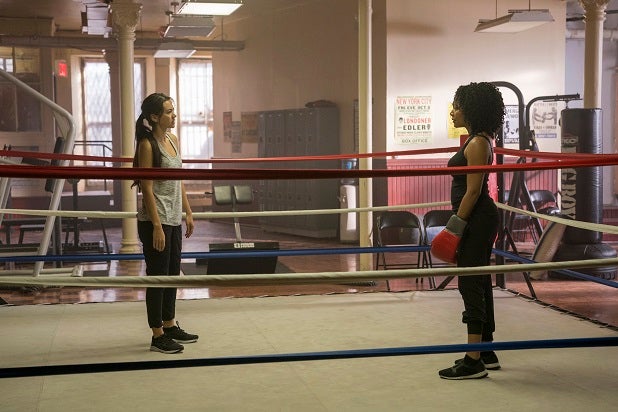 In Episode 3, Misty does some boxing training with Colleen from “Iron Fist,” as Misty tries to cope with her disability. Later the pair go out drinking. Both scenes are references to their burgeoning relationship in “The Defenders.” In the comics, the pair team up to fight crime as the Daughters of the Dragon, and that might be where the Netflix series are headed as well.

In Episode 5, Luke gets out of some financial trouble by agreeing to make a personal appearance at a party thrown by Piranha Jones. One of the partygoers asks Luke to weigh in on who’s tougher: Luke, or “the Green Monster,” a veiled reference to the Incredible Hulk.

Also Read: 'Luke Cage' Season 2 TV Review: Still Doesn't Quite Know What It Wants to Be

After Luke, Misty and Mariah hide out at a Rand pharmaceutical building, Danny comes to give Luke a hand in Episode 10. Luke and Danny make use of a move Danny calls “Patty Cake,” in which Danny punches his Iron Fist into Luke’s open palm, creating a shockwave. Luke thinks of the move thanks to his experience fighting Danny in “The Defenders” when they first met.

Luke and Danny talk to Turk 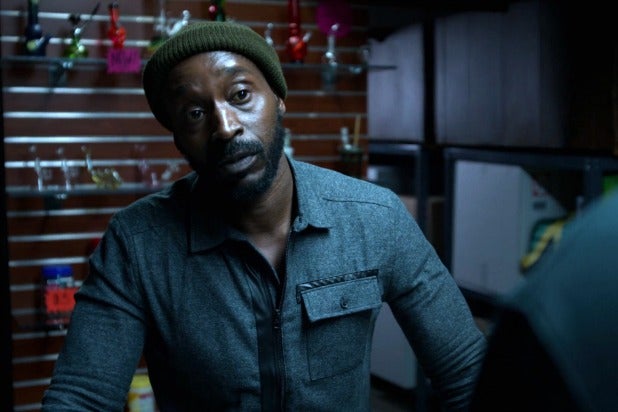 A recurring character in the Netflix Marvel shows is Turk (Rob Morgan), a low-level New York crook who knows everything that’s going on with the crime lords in the city. The heroes interrogate Turk, who gives them a lead on a growhouse controlled by the Bushmaster (Mustafa Shakir).

Luke and Danny eat at Genghis Connie’s Too

In the first season of “Luke Cage,” Luke rented an apartment above a Chinese restaurant called Genghis Connie’s. Cottonmouth subsequently blew up the restaurant with a rocket launcher while Luke and Connie were inside, but Luke managed to survive and save Connie. We see in the second season that Connie has opened a new restaurant called Genghis Connie’s Too. She also offers Luke another apartment to rent if he needs it.

Word gets out quickly that the Jamaican restaurant Glenn’s as been attacked and the people inside massacred in Episode 11. Karen Page (Deborah Ann Woll) gets a mention as Misty is discussing the shooting — she called for a comment, indicating that she’s still working as a reporter at the New York Bulletin, where we saw her after she left the law firm of Nelson and Murdoch in “Daredevil” season 2.