Country singer Luke Combs is covering funeral costs for three young men who died likely from accidental carbon monoxide poisoning at a nearby campground after watching him perform Saturday at a Michigan music festival.

“For him to reach out and do that, I don’t even have the words. I wish I could just give him a hug,” Meeka Sova, the mother of 19-year-old victim Kole Sova, told ET Canada.

The other deceased, identified as Dawson Brown, 20, William Mays Jr., 20, who was known as Richie, and Kole Sova, 19, most likely died due to carbon monoxide from a working portable generator that was too close to their travel trailer, Lenawee County Sheriff Troy Bevier told The Associated Press. 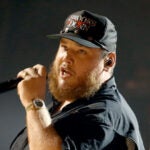 Also Read:
Luke Combs Apologizes for Confederate Flag Use: ‘I Am Now Aware of How Painful That Image Can Be’

According to Bevier, the victims were probably asleep and “never knew what happened.” Sova’s father, Jerry Sova told MLive.com, “I want people to know that. I think that’ll help, help the community heal a little bit. I think that’s important.” 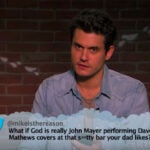 “My heart is breaking for these families and the ones still fighting for their lives,” Mays’ mother, Amy Satterthwaite, said. Two other friends, Rayfield Johnson and Kurtis Stitt, both 20, were still hospitalized in critical condition.

The men were located at a campground across from the Faster Horses Festival, at Michigan International Speedway, west of Detroit.

Reps for Combs didn’t immediately respond to TheWrap’s request for comment about the contribution.