Lulu Wang, the director of last year’s indie darling “The Farewell,” is set to direct an English-language remake of “Like Father, Like Son,” a 2013 Japanese drama from auteur Hirokazu Kore-eda, an individual with knowledge of the project told TheWrap.

The new film will not be a direct remake but a re-imagining of the story for a modern, American family. “Like Father, Like Son” will be set up at Focus Features and the project is currently in development. Wang will both direct and produce the remake from a script by playwright Sarah Ruhl. Josh McLaughlin will also produce on behalf of his Wink Productions banner.

“Like Father, Like Son” tells the story of a family who discovers that their biological son was switched at birth with another child, forcing the parents to make the tough decision of caring for his true son or for the boy he and his wife have raised for years and have come to love. The drama views the story from the perspective of both families, one wealthy and the other working class. 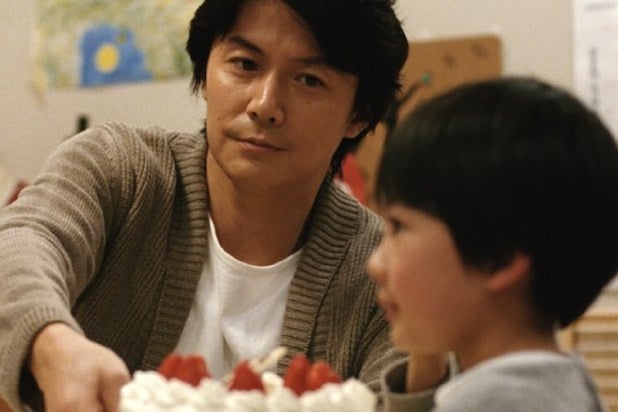 Kore-eda’s film, which he both wrote and directed, was nominated for the Palme D’Or at Cannes and won both the Jury Prize and the Prize of the Ecumenical Jury – Special Mention.

Another remake of “Like Father, Like Son” was previously in the works as far back as 2014 from directors Paul and Christopher Weitz at DreamWorks, but the project never moved forward.

Wang’s “The Farewell” won the Audience Award when it made its debut at Sundance and ended up winning a Golden Globe for Best Actress for its star Awkwafina. The film followed a Chinese-American family and young woman who return to China to visit her dying grandmother, even though she does not know she’s approaching death.

The Observer first reported the news.