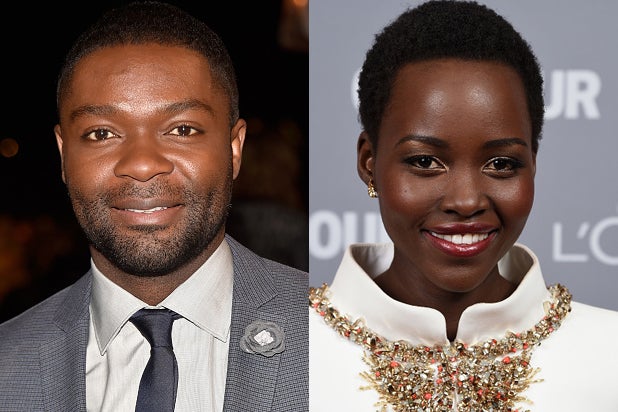 David Oyelowo and Lupita Nyong’o are in talks to star in Disney’s “Queen of Katwe,” set to be directed by Mira Nair, an individual with knowledge of the project told TheWrap.

Based on the book “The Queen Of Katwe: A Story Of Life, Chess, And One Extraordinary Girl’s Dream Of Becoming A Grandmaster” by Tim Crothers, the adaptation has a script by Nair’s “The Reluctant Fundamentalist” screenwriter William Wheeler.

Story follows young chess prodigy Phiona Mutesi, rising out of the slums of Uganda to enter the World Chess Olympiad. Nyong’o will play the girl’s mother, while Oyelowo will play her coach.

Filming is set to begin in the spring in South Africa and Uganda.

Oyelowo and Nyong’o are also set to star together in “Americanah,” based on the novel by Chimamanda Ngozi Adichie.
Nyong’o, who won her first Oscar for her first film role in Steve McQueen‘s “12 Years a Slave,” is obviously a favorite at Disney, where she just wrapped “Star Wars: The Force Awakens” and will lend her voice to Jon Favreau‘s “The Jungle Book.” She is represented by D2 Management, CAA and Del Shaw.

Oyelowo is currently earning raves and in the Oscar race for his performance as Martin Luther King, Jr. in “Selma.” In 2014 he also had roles in “Interstellar” and “A Most Violent Year.” 2015 is going to be another busy year with musical biopic “Nina,” kidnap thriller “Captive” and drama “Five Nights in Maine.” He is represented by CAA and Inphenate