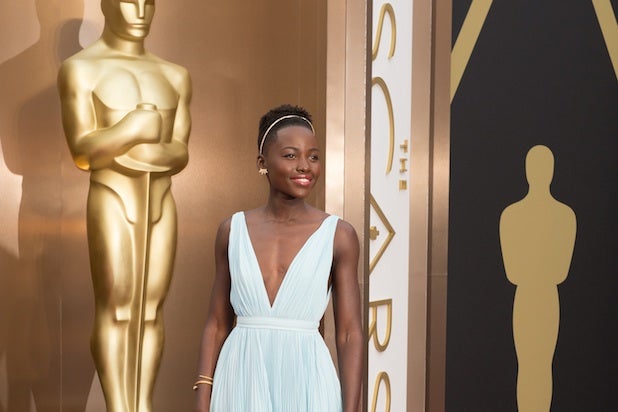 Barkhad Abdi, Michael Fassbender, June Squibb and Oscar winner Lupita Nyong’o are among the 271 artists and executives invited to join the Academy of Motion Picture Arts and Sciences, AMPAS announced on Thursday.

Over the past three years, the Academy has to all appearances been making a concerted effort to admit more women, minorities and foreign-born members to an organization heavily weighted toward middle-aged and older white men. CEO Dawn Hudson and past presidents Hawk Koch and Tom Sherak spoke to branch membership committees encouraging them to consider diversity in their selections in previous years. But according to members involved in the process, this year’s appeals were far less overt under current president Cheryl Boone Isaacs.

Up until about 2010, only about 20 or 25 percent of the new invitations typically went to women. Beginning in 2011, that number jumped to closer to 30 percent for two years, before passing it in 2013.

This year’s crop is about 25 percent female, the smallest percentage in three years.

See video: Gary Oldman Apologizes for Inflammatory Remarks During Kimmel: ‘I Am An A-hole’ (Video)

The 2014 invitees are also not as obviously weighted toward minorities and foreign-born filmmakers as last year’s list, although the 11 invited directors include ones from Israel (Hany Abu-Assad), Italy (Sorrentino), Canada (Jean-Marc Vallee, Denis Villeneuve), Belgium (Felix van Groeningen) and Denmark (Thomas Vinterberg).

A year ago, the Board of Governors also voted to remove the caps that had held overall Academy membership below 6,000 for more than a decade. It caused the number of invitations to jump from 176 in 2012 to 276 in 2013, and pushed the number of voting members to 6,028.

The Documentary Branch was the principal beneficiary of the change: In the past it had typically invited about 10 new members each year, but last year it invited 42, partly to admit veteran filmmakers it had not been able to let in during the years of strict quotas. This year the branch invited 18.

The Casting Directors Branch, which was created last year and formed out of members-at-large who worked in casting, invited its first crop of members, and chose 22. That was the largest group of any branch except Short Films and Feature Animation, which chose 27.

Applications for membership must have been submitted by March 20, and each candidate must have been sponsored by two or more current members of the branch to which he or she is applying. Different branches have different requirements for membership: Writers, producers and directors, for example, are expected to have “at least two screen credits on films that reflect the Academy’s highest standards,” while actors should have three such credits. Some other branches require a number of years of continuous work in films.

Oscar nominees and winners are automatically considered for membership.

Committees in each of the Academy’s 17 branches met in the spring to consider candidates. On Tuesday night, the Board of Governors then reviewed the lists of recommended invitations submitted by each branch.

Those who accept the Academy’s invitation will be welcomed at a new-members’ reception in September.