Andy Abrahams Wilson admitted that prior to embarking on "Under Our Skin," his four-years-in-the-making documentary about the Lyme Disease epidemic, he was far from an expert about the tick-borne ailment.

"I didn’t know much about the disease other than my sister in upstate New York got Lyme," Wilson told the audience at TheWrap’s screening of his documentary (view a slideshow of the event here) on Wednesday night. "Then I had a friend in San Francisco who got really sick. She was diagnosed with M.S. and then ALS/ Lou Gehrig’s Disease, and it turned out to be Lyme. I didn’t know that Lyme could do that, so it destroyed all my assumptions." 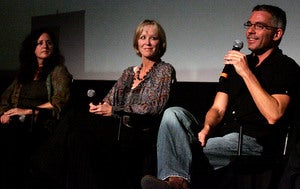 Seeking to better comprehend the symptoms of the illness and the politics surrounding the development of new treatments prodded Wilson into making his inflammatory film.

The movie follows the families, victims, and doctors on the frontlines of the fight to find a cure for a disease that the director contends is fundamentally misunderstood. It takes an unflinching look at a handful of Lyme sufferers, who contrary to popular belief are afflicted a debilitating range of symptoms that closely mirror those of other chronic diseases such as Multiple Sclerosis and Syphilis.

These include cognitive difficulties, seizures, vertigo, exhaustion, and in some cases grow so severe they can even lead to death. Instead of receiving effective therapy for their ailments, they are frequently misdiagnosed or told their symptons are psychosomatic.

"These are people who suffered in silence and they were willing to be filmed and to do anything they could to help people avoid what they’d gone through," Wilson said.

During a question and answer session immediately following a screening of the film at the ArcLight Sherman Oaks, that was co-sponsored by Google and the advocacy group Time for Lyme, Wilson was quizzed by TheWrap editor and C.E.O. Sharon Waxman about the stigma surrounding the disease and the controversy that arose from recent scientific discoveries about its origins and symptoms.

He was joined onstage by actress Joanna Kerns ("Growing Pains"), whose daughter suffers from the disease, and actress Tracey Silver, whose career stalled while she battled the illness for 12 years. They added their own voices to the ones heard on the film, describing the havoc the disease had wrought in their family lives and their struggles to get a proper diagnosis and treatment plan. They both said they hoped that the film would raise awareness about Lyme and the controversies embroiling the medical community over the proper way to diagnose and cure the illness.

"It’s because of this film that my daughter agreed to get tested once again for Lyme," said Kerns. "Her immune system was wrong for years and we were always in search of an answer."

After taking the test, Kerns, whose daughter had just finished law school and was working as an entertainment lawyer, discovered she had late-stage Lyme. Kerns told the audience that her daughter had been forced to stop working and go on disability, but that after beginning a series of agressive treatments, was hopeful that she was beginning the long road to recovery. 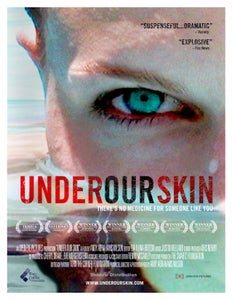 "I’m terrified for her, but nothing else has worked," Kerns said. "I see hope. I see people who have gotten better and right now my daughter doesn’t have a life."

Like Kerns’ daughter, Silver’s battle with Lyme left her severely debilitated. After getting the disease while studying theater in New York City, the actress had to postpone her career to focus on her recovery. A strong intravenous drug regimen has finally allowed her to begin living a more normal life and Silver says she feels better than she has since first getting diagnosed with the disease.

But the medical procedures and antibiotic that Kerns daughter and Silver are benefitting from may not be available much longer, because insurance agencies are not willing to bankroll expensive and long-term remedies and prominent members of the medical establishment refuse to embrace certain types of therapy.

Wilson’ documentary saves particular opprobrium for members of the Infectious Diseases Society of America, which refuses to acknowledge that chronic Lyme disease exists and, the director argues, have a vested financial interest in adhering to a rigid definition of the illness. In many cases, despite the fact that they are responsible for devising a treatment protocal for the disease, the doctors on the panel consult for insurance companies or work for universities that hold patents on drugs used to combat Lyme.

"We called those folks the ‘gatekeepers,’ because they define what Lyme Disease is, they define the treatment, and they control the purse strings as well," said Wilson.

In some cases, the film maintains, these doctors and insurance companies have pressured state medical boards to launch lengthy investigations into renegade doctors who employ the controversial treatment methods – sometimes even costing them their medical licenses.

Wilson noted that many people aren’t as willing to come forward and discuss the effects of the disease as Kerns and Silver. He even argued that there are many celebrities in Hollywood who refuse to acknowledge that they suffer from the malady for fear they won’t be insured in film and TV projects. He hoped the film would encourage more people to seek medical assitance and would help erase some of the prejudice and ignorance surrounding the disease.

"For every person who gets diagnosed there are literally thousands that don’t," Wilson said. "This film is important, because these people are falling through the cracks in our healthcare system. These are the ones we can save."