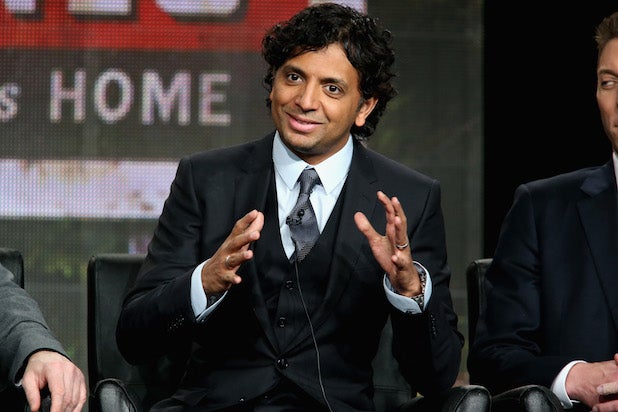 M. Night Shyamalan is partnering with the Joe Biden and Kamala Harris campaign on a film contest that asks people to document why they’re voting in the 2020 election. The entries should be short films, up to 90 seconds in length.

The top three winners of the contest will get the chance to do a virtual meeting with Shyamalan to discuss film and their careers, and the winning movies will also be showcased on Shyamalan’s social media and on the Biden-Harris platforms.

“We had this idea about asking people to make short films up to 90 seconds long about voting, about why they’re voting, how did they vote, who did they want to encourage to vote and who is stopping them from voting,” Shyamalan said in a video posted to Twitter. “Use your storytelling power to encourage people and to wake them up to their own agency. We really feel this is an important way that we can be a part of this incredible moment in history.”

Specifically, filmmakers are asked to consider four questions: Why are you voting, how are you voting, who do you want to encourage to vote, and what’s your voting story?

Films can be in any form or genre, and the deadline to submit your film is October 12, ahead of the election on November 3.

I’ve been working with the Biden-Harris teams on how we can use the power of storytelling to encourage people to vote. I’m looking for a storyteller to answer this: How and why are you voting this year? Watch and read this thread, then visit https://t.co/q8G3HQD6X2 #VoteByNight pic.twitter.com/qhlYY1YMvp