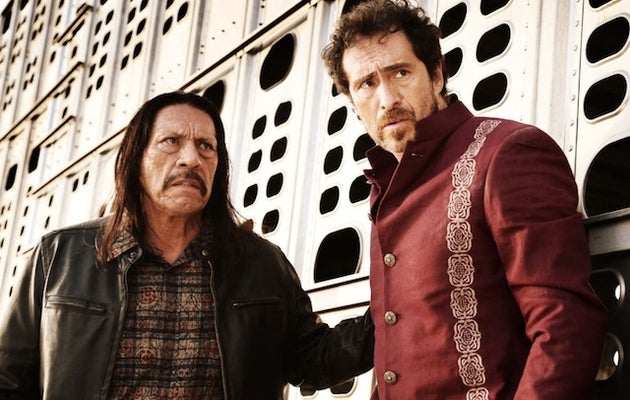 Robert Rodriguez's "Machete Kills” will make its world premiere on Sept. 19 as the opening night film for the Fantastic Fest in Austin, Texas.

"Every year we compile our dream targets for opening night film; ‘Machete Kills’ was at the top of that list,” said Fantastic Fest co-founder and creative director Tim League. "We are going to pull out all the stops to ensure Robert’s world premiere red carpet experience is literally blood red.”

The premiere will be held at the new Alamo Drafthouse location. The festival will run through Sept. 26. Open Road Films’ "Machete Kills” is scheduled to hit theaters nationwide on Oct. 4, 2013.

"Fantastic Fest has quickly become the best place for fans to first experience the newest and coolest genre movies and blockbusters,” said director Robert Rodriguez. "I am honored and extremely excited for ‘Machete Kills’ to have its world premiere right here in Austin and kick off Fantastic Fest.”

Also read: Will Swanky Seats, Dinner and the Royale Save Movie Theaters?

In "Machete Kills,” Trejo plays ex-Federale agent Machete, who is recruited by the President of the United States for a mission that would be impossible for any mortal man — he must take down a madman revolutionary and an eccentric billionaire arms dealer who has hatched a plan to spread war and anarchy across the planet.

"Machete Kills” is based on a screenplay by Kyle Ward. Rodriguez produces, along with Aaron Kaufman, Iliana Nikolic, Sergei Bespalov, Alexander Rodnyansky and Rick Schwartz.