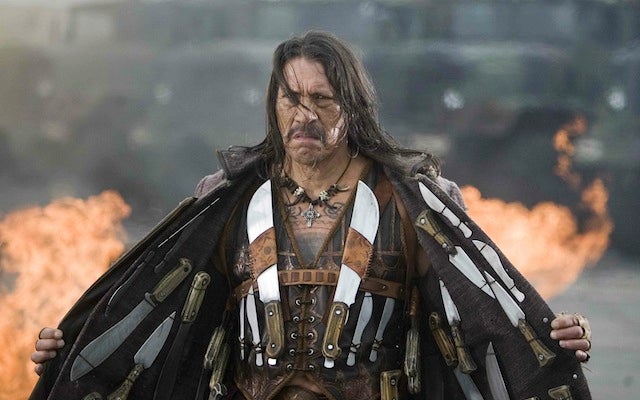 The producers of “Machete” are seeking vengeance against Texas, saying film commission officials unlawfully yanked the sequel’s tax incentives when they decided — after the film wrapped production — that it cast the state in a bad light.

“Machete’s” production company Chop Shop, Inc., filed the lawsuit in Texas late last week, asking the court to void the Texas Film Commission’s decision. The potential amount of the credit wasn’t disclosed, but Chop Shop says it spent more than $8 million in the state, which it wouldn’t have done without the promise of a kickback (Texas offers up to 17.5% return on spending and max 29.25% on wages paid).

In a twist of irony, Gov. Rick Perry signed the Texas Film Incentive bill in 2009 at Troublemaker Studios, where founder and “Machete” producer Robert Rodriguez announced it would enable him to make movies — including “Machete” — in the state.

“Machete” was greenlit for the incentive months later, including script approval, and production got under way. But after a trailer hit on Cinco de Mayo 2010 — showing Machete targeting a state senator bent on deporting undocumented immigrants — anti-immigration activists inundated the film commission with angry correspondence, according to the lawsuit.

Film commission director Bob Hudgins resigned Nov. 30, and the very next day, the deputy director pulled the plug on funding — and the lawsuit suggests Perry was directly involved in that decision.

The governor’s office did not immediately respond to request for comment.