MacKenzie Scott’s divorce from Amazon founder Jeff Bezos made her a fortune, now she’s determined to give that fortune away.

In a Medium post published Tuesday entitled “Seeding by Ceding,” Scott detailed a project she’d been working on since the start of 2021: identifying non-profits working on behalf of underserved areas to support and thereby help to dismantle the very system that has allowed herself and others to hold a disproportionate amount of the world’s wealth.

“We are all attempting to give away a fortune that was enabled by systems in need of change,” Scott wrote, “In this effort, we are governed by a humbling belief that it would be better if disproportionate wealth were not concentrated in a small number of hands, and that the solutions are best designed and implemented by others.” 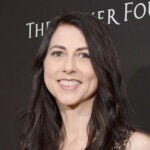 “The result,” Scott continued, “Was $2,739,000,000 in gifts to 286 high-impact organizations in categories and communities that have been historically underfunded and overlooked.”

Shortly after her 2019 divorce, which left her with $35.6 billion in Amazon stock and a personal net worth of almost $60 billion, Scott signed the Giving Pledge, a promise to give away most of one’s wealth. These new gifts bring Scott’s total charitable donations since the divorce to about $8.5 billion, a figure that rivals the charitable contributions made by some of the world’s largest foundations.

The donations she announced on Tuesday went to a wide variety of organizations, including colleges and universities, anti-discrimination groups, arts and culture institutions and anti-poverty charities.

In the Medium post, Scott made it clear that she trusts these beneficiaries to use her money in any way they see fit.

“Because we believe that teams with experience on the front lines of challenges will know best how to put the money to good use, we encouraged them to spend it however they choose,” she wrote. “Many reported that this trust significantly increased the impact of the gift… It empowers receivers by making them feel valued and by unlocking their best solutions.”