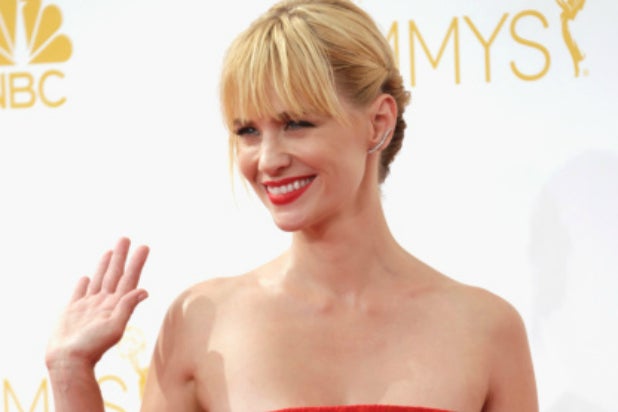 For “The Last Man on Earth,” Will Forte‘s Phil Miller has quite a bit of company.

Viewers will recognize Jones as Betty Draper/Francis from AMC’s “Mad Men,” Schaal from “Flight of the Conchords” and “30 Rock,” and Rodriguez from HBO’s “Getting On.” Coleman is possibly the least-known new face; she hails from “Step Up Revolution,” among other shows and films.

Jones will play “strong independent spirit” Melissa, who combines her warmth and strength with a “no-nonsense attitude.” Rodriguez plays optimist Todd, while Coleman and Schaal will play Erica and Carol, respectively.

See all Will Forte: Will Forte Meanders LA in Fox’s ‘Last Man on Earth’ Trailer (Video)

In the series, Forte’s character wakes up to find himself as — you guessed it — the last man on Earth. Clearly, however, there are now women — and at least one other man — that viewers will be spending time with.

Perhaps some or all of the new recruits — particularly the male Rodriguez — will appear in episodic flashbacks, which we know will exist on the fairly secretive TV project.

Forte’s post-apocalyptic sitcom debuts on Sunday, March 1 at 9 p.m. The following Sunday, the half-hour comedy will settle into the show’s normal 9:30 p.m. timeslot.

“The Last Man on Earth” is executive produced by Forte, directors Phil Lord and Chris Miller (“The Lego Movie”), as well as Seth Cohen.