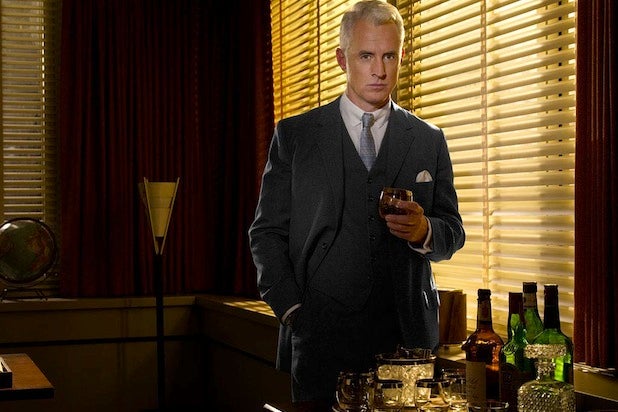 Slattery, 51, plays the advertising agency patriarch on AMC’s “Mad Men.” His many TV credits also include “Arrested Development,” “Desperate Housewives,” “Jack & Bobby,” and “Ed.” He has also previously lent his voice to characters on “The Cleveland Show,” “The Simpsons” and narrated the documentary “Mea Maxima Culpa: Silence in the House of God.”

The previously announced two-hour special is the new network’s first original production and will kick off its first night of primetime programming on Monday, Sept. 23 starting at 9/8c.

“Esquire has set the standard for telling our most important stories with depth, intelligence and style, and this special will celebrate the debut of Esquire Network in much the same way,” said Esquire Network’s general manager Adam Stotsky in a statement.

“It seems only fitting that the network begins its existence by celebrating the rich legacy of this truly iconic brand,” he continued.

The program opens the magazine’s archives to feature its most memorable articles and images. It will also feature appearances from several of the magazine’s past editors, writers and the subjects of its most talked-about articles, including Gay Talese, Tom Wolfe, Scott Raab and Tom Junod, actress Mary-Louise Parker, designer and art director George Lois, directors Peter Bogdanovich and Robert Benton, football star Joe Namath and publisher Hugh Hefner, Sandra Bernhard, Willie Geist and Stacey Grenrock-Woods.

“For eight decades, Esquire has offered perspective and illumination on the things that men care deeply about,” said the magazine’s editor in chief David Granger. “Through the network — beginning with this ambitious special — we’ll reach an ever-growing new audience as we begin our second 80 years.”

Esquire Network, a partnership between NBCUniversal and Hearst Magazines, features lifestyle programming for men. Originally set to debut in April in the place of G4, the network’s launch was rescheduled for Sept. 23. In a surprise announcement earlier this week, the network will now replace the Style Network.

Previously, the network announced several original series, including cooking competition “Knife Fight,” celebrity travel show “The Getaway,” and fashion series “How I Rock It,” hosted by NBA player Baron Davis, among others. Explore their programming at Esquire Network’s official website.

Slattery is represented by The Gersh Agency and Innovative Artists.

Watch the network sizzle reel below: