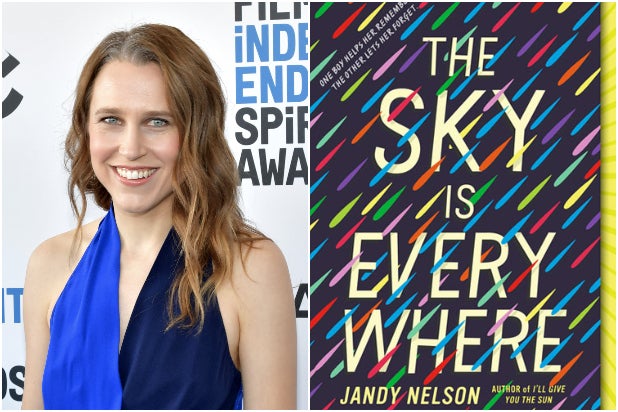 Josephine Decker, the director of the Gotham Award nominated indie “Madeline’s Madeline,” is set to direct the feature “The Sky is Everywhere” for a partnership between Apple and A24, the companies announced Wednesday.

Jandy Nelson will write the screenplay for “The Sky Is Everywhere” based on her own best-selling YA novel of the same name from 2010. The film is the second movie of a previously announced partnership between Apple and A24.

The film follows a shy teenager and band geek named Lennie Walker as she works through the loss of her fiery sister and accidentally falls in love. Denise Di Novi and Margaret French Isaac will produce the film for Di Novi Pictures.

Also Read: 'For All Mankind' Gets Early Season 2 Renewal at Apple TV+

Apple announced a multi-year film deal with A24 in 2018 and in January unveiled “On the Rocks,” the next movie from director Sofia Coppola. The film stars Rashida Jones and Bill Murray and will reunite Murray with Coppola for the first time since “Lost in Translation” in 2003.

“The Sky Is Everywhere” will be Decker’s sixth film following “Madeline’s Madeline” from 2018 and the completed “Shirley” due out next year. “Madeline’s Madeline” starred Helena Howard, Molly Parker and Miranda July and was a nominee for Best Feature and Breakthrough Actor at this year’s Gotham Awards and received two nominations at the Indie Spirit Awards.