It’s a racy meeting of pop royalty on the cover of V Magazine’s summer issue.

Madonna and Katy Perry “delve into the importance of being creatively liberated” while being tied and bound in a set of sexy, S&M-inspired photos for the magazine.

Perry seems to have the upper hand in most of the photos that have been released so far — the younger pop star straddles Madonna and pulls her hair in one photo, and holds the Material Girl by her bound wrists in another. But we can’t imagine the Queen of Pop would hand over her crown too easily.

Take a look at the racy photos below (click to enlarge): 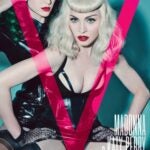 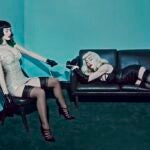 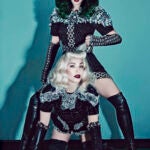 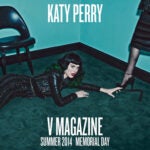 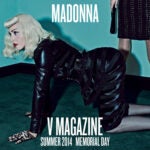