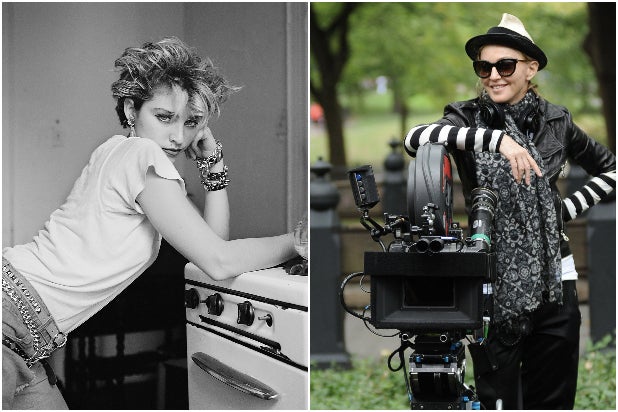 Madonna recently teased that she is writing a biopic based on her life, but the feature film has now landed at Universal, and Madonna will not just write her own story but also direct the film at the studio.

Madonna is co-writing the screenplay alongside Diablo Cody (“Juno”), and the untitled film will focus on her five-decade career and tell the untold story of her transformation as an artist, entrepreneur and feminist icon, as well as feature her music.

Amy Pascal is producing the film alongside Madonna for Pascal Pictures. Sara Zambreno and Guy Oseary will executive produce.

Also Read: 25 Most Iconic VMAs Moments, From Madonna's 'Like a Virgin' to 'Miley, What's Good?' (Photos)

“I want to convey the incredible journey that life has taken me on as an artist, a musician, a dancer – a human being, trying to make her way in this world,” Madonna said in a statement. “The focus of this film will always be music. Music has kept me going and art has kept me alive. There are so many untold and inspiring stories and who better to tell it than me. It’s essential to share the roller coaster ride of my life with my voice and vision.”

Madonna previously said during an Instagram Live session last week that the project will document her coming up as an artist in New York in the early ’80s and her interactions with Andy Warhol, Keith Haring, Jean-Michel Basquiat and Martin Burgoyne. It also touches on her time filming “Evita,” which she says led to an uncomfortable encounter with Andrew Lloyd Webber as she was adapting his stage musical.

Madonna further clarified that the movie is not a musical but does feature key moments from her musical career, including scenes of her writing “Like a Prayer” — and the ensuing sponsorship conflict with Pepsi over the song’s music video.

“Madonna is the ultimate icon, humanitarian, artist and rebel. With her singular gift of creating art that is as accessible as it is boundary-pushing, she has shaped our culture in a way very few others have,” Donna Langley, chairman, Universal Filmed Entertainment Group, said in a statement. “It’s an incredible honor for everyone at Universal to work alongside her, Diablo, and Amy to bring audiences and dedicated fans around the world her unvarnished story for the first time.”

“This movie is an absolute labor of love for me,” Pascal said. “I have known Madonna since we made ‘A League of Their Own’ together, and I can’t imagine anything more thrilling than collaborating with her and Diablo on bringing her true-life story to the big screen with Donna and our partners at Universal.”

Senior executive vice president of production Erik Baiers and director of development Lexi Barta will oversee the project on behalf of Universal Pictures.

Madonna has sold 335 million records worldwide and remains the highest-grossing solo touring artist of all time. As an actress, she’s appeared in “Desperately Seeking Susan,” “Dick Tracy,” “A League of Their Own” and “Evita,” for which she won a Golden Globe. And as a director she has worked in theater with the 2011 historical drama “W./E.” and her short films “Filth & Wisdom,” “SecretProjectRevolution” and the documentary “I Am Because We Are” about the children of Malawi.

Cody most recently wrote “Tully” starring Charlize Theron, and she recently became attached to write a new, teenage take on “The Powerpuff Girls.”