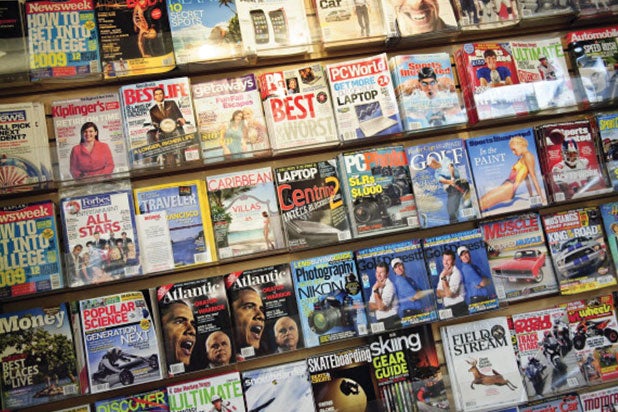 A new survey reveals that the gender pay gap doesn’t just affect Hollywood, but extends to editorial salaries at magazines as well.

However, the survey also found that age, degree and geographic location factor into the difference in pay levels. For example, editors at all levels over the age of 40 make an average of 38 percent more than editors under 40.

But this year, postgraduate degrees played a bigger role in pay than in previous years.

Experience is also a factor in the pay gap. Folio found that “a person with 20 years or more in the industry makes an average of $16,400 more than someone with less than 10 years in the industry.”

This month, actress Jennifer Lawrence wrote an op-ed in which she said she was over getting paid less “than the lucky people with dicks.” TheWrap found that pay inequality stretches across the board — producers, directors and other actresses get paid at a lower rate than men.