Apple is developing a series about Negro League Baseball and Satchel Paige, with Magic Johnson on board as a producer.

The project is based on Donald Spivey’s book, “If Only You Were White: The Life of Leroy “Satchel” Paige.” It will explore the years of the Negro Baseball League, an all-Black league that played during the segregation era before Jackie Robinson broke the color barrier in 1947.

The series will explore the epic and remarkable story of Negro League Baseball using the life and legacy of the legendary athlete and showman Leroy “Satchel” Paige, one of baseball’s greatest pitchers and star of Negro Leagues for many years. Paige, a Hall of Famer, played with a number of Negro League teams before making his Major League debut with the Cleveland Indians in 1948. 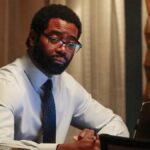 Also Read:
‘For Life’ Could Get Revived for Season 3 on Amazon’s IMDb TV

The Negro Leagues were a collection of seven different professional organizations that were in existence between 1920 and 1948. In December, Major League Baseball formally classified the seven Negro Leagues as major league franchises, thus adding the records and statistics of some 3,400 players to the ledger.