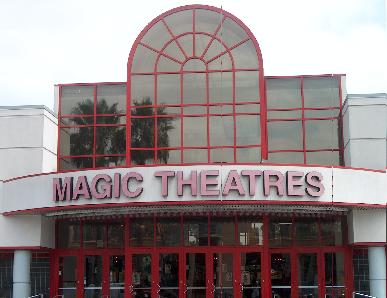 It’s the end of the line for the Magic Johnson Theatre in Crenshaw.

The basketball legend’s inaugural movie theater is closing its doors to undergo an extensive renovation, AMC announced on Thursday. When it reopens next year it will boast stadium seating, 3-D screens new decor, and different ownership.

Johnson opened the Crenshaw theater in 1995 through a partnership with Sony-Loews Theatres designed to promote economic development in predominantly black neighborhoods. It was acquired by AMC in 2005.

"I am deeply saddened to learn of AMC’s decision to close the Magic Johnson Theatre at Crenshaw Baldwin Hills Mall," Johnson said in a statement. "This was my first theatre, so a piece of me will definitely close with it. I want to thank the community for their support and loyalty over the years. The theatre has truly been the heartbeat of that community."

The theater will close this month to begin renovations to both its interior and exterior. Negotiations to bring on a new theater operator are ongoing, but nothing has been finalized, according to a statement released by Ken Lombard, president of Capri Urban Investors, the mall’s owner. Lombard said he expects the new theater will be open for business before the 2011 holiday season.

The closure of the Crenshaw theater means that there are only two Magic Johnson Theatres remaining — one in  Washington DC and one in Harlem, New York.