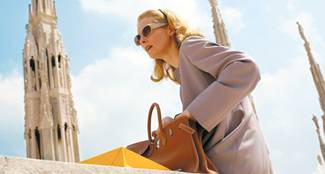 A critical favorite at film festivals in Venice and Toronto, “I Am Love” features Swinton playing an Italian matriarch who falls for a young man (Flavio Parenti) with aspirations to run a restaurant.

Guadagnino and Swinton also collaborated on 1999’s “The Protagonists.”

“Luca Guadagnino has given us one of the most exquisitely crafted, beautifully mounted films of recent memory,” said Magnolia president Eamonn Bowles in a statement.  “It is a completely unified, cinematic masterwork, and mere superlatives don’t do justice to the infinite marvels of Tilda Swinton.”