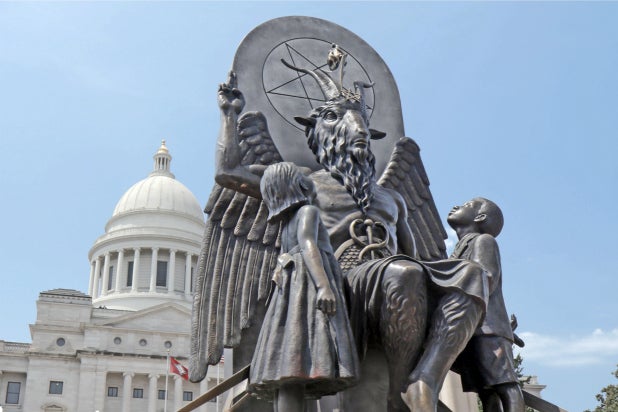 Magnolia Pictures announced on Thursday that it will release “Hail Satan?,” a documentary about the rise of the Satanic Temple, at next year’s Sundance Film Festival.

The documenatry was directed by Penny Lane (“Nuts!”, “Our Nixon”).

With unprecedented access, “Hail Satan?” traces the rise of The Satanic Temple: Only six years old and already one of the most controversial religious movements in American history. The Temple and its enigmatic leader Lucien Greaves are calling for a Satanic revolution to save the nation’s soul. But are they for real?

“When my producer Gabriel and I started cooking up this wacky (and surprisingly inspirational?!) documentary on the new Satanic movement, we knew the hardest part would be finding the right partners to help us bring it to the public,” Lane said in a statement. “It’s controversial! It’s about Satan! We could not have been any luckier than we have been with Magnolia. They get it, what can I say?”

The film’s premiere will be part of the U.S. Documentary Competition at Sundance. Magnolia, which has worldwide rights to the film, will release it in theaters in spring 2019.

A Hard Working Movies Production, “Hail Satan?” was produced by Gabriel Sedgwick. The film was edited by Amy Foote and Aaron Wickenden. Naiti Gámez was director of photography and original music is by Brian McOmber.

“Penny Lane has crafted an eye-opening and completely satisfying film about outsiders who have united around the common causes of love and religious freedom,” said Magnolia president Eamonn Bowles in a statement. “‘Hail Satan?’ is as uplifting and hilarious as it is thought-provoking.”