On the latest “Real Time,” Bill Maher spent several minutes talking about the upcoming California recall vote to remove Gov. Gavin Newsom from office, and during the discussion made a convincing case for why people need to vote against it.

First though, he kicked the discussion off with the usual mid show gag, this time where he showed viewers a (fake) list of various weird people trying to become governor of California in the recall who were only slightly weirder than some of the real-life candidates. Which was of course the joke; Maher wanted to make it clear just how stupid and awful this situation is). You can watch that at the top of the page right now.

After the mid-show gag, Maher got into the ins and outs of the recall itself. Now, a lot of the context was left unsaid during the chat, so to catch those of you who aren’t Californians or just haven’t been paying attention: Critics of the recall have repeatedly noted problems such as the extremely low threshold for recalls to end up on a ballot, the extremely low threshold to pass, and the absurdly undemocratic way the governor’s successor is subsequently chosen if the recall passes.

First, recall petitions are required to only get enough signatures to equal 12% of the total vote in the previous election. Second, Then, the recall wins or loses by simple majority vote — literally anything over 50%. Complicating things, voters are required to vote for or against the recall AND vote for a possible replacement on the same ballot, adding confusion and pressure. And finally, if the recall passes, then the replacement candidate with the most votes, even if it’s a tiny amount of the total, wins. The winner is not required to win a majority of the actual electorate or even just win more votes than the number of people who opposed the recall. Read more about why these things are such a problem here.

Now that you have the basics of this whole mess, back to Maher, who discussed this with his panel guests Jackie Calmes and Max Rose. 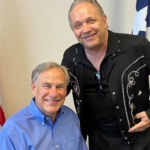 “People just don’t accept elections anymore. This is part of it. They just don’t accept elections. I mean, Gavin Newsom didn’t do anything! He’s a Democratic governor who won in a landslide was 62% of the vote, and then governed as a Democratic governor in a state where he won big that is only a quarter Republican. That’s the crime. It’s just ‘you won. F— it.’ This stupid state. So stupid that we have this. You only need 12%. 12% of the people. He won by 62% —  if 12% sign this petition…” Maher said.

“This is the only way a republican can get elected statewide, just about, in California. And at least you got to give them credit. They’re they’re doing it by the rules this time,” Calmes joked.

Then Maher got to the real reason for voting no: It would allow a party that cannot win elections in California to make decisions — like Senate representation — overruling the wishes of the electorate, which could have generations-long consequences. His way into that topic was far right Republican Larry Elder who has become the leading candidate out of all the possible replacements.

“I know Larry, I like Larry. He’s been on this show or my old show or something. He’s the leading candidate to replace… and he could. This is very possible,” Maher said before getting to the problems. “Larry Elder, he’s anti-climate change — he’s a climate change skeptic. Opposes abortion, gun control and minimum wage. You know, like the usual California. And he could win.” 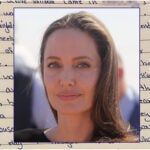 “And there’s national ramifications,” he continued. “I don’t think people realize this — Governor Larry Elder gets to appoint a senator. One of our senators is 88. Dianne Feinstein. So I hope she lives to 100. But if she doesn’t, he could appoint the next senator, who would then tip the Senate. And then if Stephen Breyer croaks, they get to pick the Supreme Court Justice.”

If you agree with that take, read more about what various groups of recall opponents recommend, and just how much of a mess this whole thing is, here.