On Friday’s “Real Time,” Bill Maher took quite a while to get to his actual point during the “New Rules” segment, but when he got to it, it turned out to be a pointed criticism of Republicans.

The GOP, Maher suggested, should consider adopting a new name, perhaps, “The Trump Party,” since the majority of recent actions by its voters and membership make it clear The Republican Party doesn’t actually support the republic. And he specifically called out Fox News star Tucker Carlson for “literally reciting Russian talking points.”

The hook was a joke about how, in Maher’s view, once an entity changes from whatever it was intended to be, to something completely different, it should have to change its name too. As examples he mentioned TLC — technically The Learning Channel — and A&E — technically Arts & Entertainment — both of which have adopted increasingly stupid fare at odds with what their names suggest. He also mentioned Mtv, which almost never plays music videos. 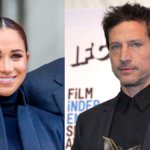 Maher also criticized the ACLU, which has been gripped by an internal debate over whether it should stop representing people committed to its destruction. Though Maher considered the possibility of the ACLU potentially no longer amorally representing monsters, like the KKK and literal Nazis, to be a troubling abandonment of the ACLU’s mission of protecting the First Amendment. “You’re the ACLU, not UCLA!” Maher said.

But then he got to the main point.

“And finally, there’s the Republican Party. It used to stand for something: Being a heartless squares, but something. Oh, and patriotism,” Maher said. “They always wanted you to know, they loved America more than you.”

“America first. Love it or leave it. Flag pin in the lapel. Thank you for your service. America. But now, Tucker Carlson is literally reciting Russian talking points. Becoming so valuable to the Kremlin that they put out a memo asking their propaganda outlets to play Tucker Carlson as much as possible. In Russia,” Maher continued. Also, in case you didn’t know, this is absolutely true.

“After the Capitol riot on Jan. 6, 147 Republican lawmakers in a congressional vote objected to the certification of an election they knew was legitimate. OK, you can’t be the super patriots who love America, and also run on a platform of ‘let’s ignore the vote.’ You can’t represent a form of government you yourself don’t believe in. If you do, then you have to get another name,” Maher said as he started to wrap it up.

“Like maybe ‘The Trump Party.’ He’s pretty modest about putting his name on things, maybe he’ll license it just this once,” Maher concluded.