During the panel discussion on Friday’s episode of “Real Time With Bill Maher,” former Ohio Governor John Kasich sure came off like he was trying to present himself as a figure who could, possibly, unify the Republican party and wrest control from the highly dominant pro-Trump faction.

But Bill Maher definitely wasn’t having it, and basically laughed off the suggestion any non-Trumper could do that with the blunt declaration that Kasich — or anyone else for that matter — doesn’t have a chance at pulling that off. “You’ll get your ass kicked,” he said.

The exchange came during a discussion of the filibuster, the Senate parliamentary rule created by accident that has largely been used from its inception by senators opposed to things like legislation advancing rights for people of color. The procedure allows someone to demand a cloture vote, which requires 60 senators, before a piece of legislation can be voted on. If cloture fails, the legislation is effectively killed. Used relatively sparingly for most of U.S. history, it became almost ubiquitous after Democrats won the Senate in 2007 and Republicans began the practice of doing it for as much legislation as possible. This created a historically unprecedented 60-vote threshold for almost all legislation that has lasted until today. 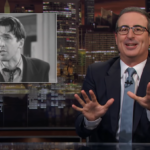 There’s a growing push to abolish the filibuster once and for all — particularly since it has already been modified twice, very recently. First by Democrats in 2013 in response to Republicans refusing for several years to allow Obama judges to be confirmed. And again in 2017 when Republicans changed it so Democrats couldn’t filibuster Trump’s Supreme Court nominees. But so far, that doesn’t appear likely.

Kasich disagreed with an argument we really couldn’t make sense of, not unlike most defenses of the filibuster. Then he continued, sounding an awful lot like someone preparing to reenter politics. 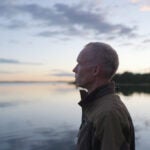 Also Read:
‘Breaking Boundaries’ Might Actually Be Too Optimistic About Climate Change (Commentary)

“I reject the notion that you have to support any of this nonsense in the Republican Party to get elected. I’ve run for office when no one ever thought I could win, and you know the fact of the matter is when you believe in things deeply, it is amazing how you can turn other people on to your candidacy and you can win. This is not some blue sky, hyperbole. This can happen,” he said.

“So are you gonna run again?” Maher asked.

“You’re not too old to do it. If you believe in this so much, do it,” Maher said, at which point he shut such hopes down. “Be that guy. Because you’ll get your ass kicked. In the Republican party, you will.”

“Would you help me if I ran?” Kasich asked.

“I don’t think I would be of help. Hang with me in a Republican district in Ohio. You’ll do f—ing great, John.” Ouch.