Inspired by Stephanie Land’s 2019 memoir “Maid: Hard Work, Low Pay, and a Mother’s Will to Survive,” the 10-episode drama stars Qualley as Alex, “a single mother who turns to housecleaning to — barely — make ends meet as she escapes an abusive relationship and overcomes homelessness to create a better life for her daughter, Maddy,” according to Netflix’s description. “Seen through the emotional yet humorous lens of a desperate but determined woman, this series is a raw and inspiring exploration of a mother’s resilience.” 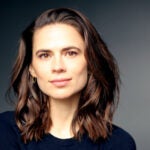 “Maid” premieres Friday, Oct. 1 on Netflix. Check out the trailer above.