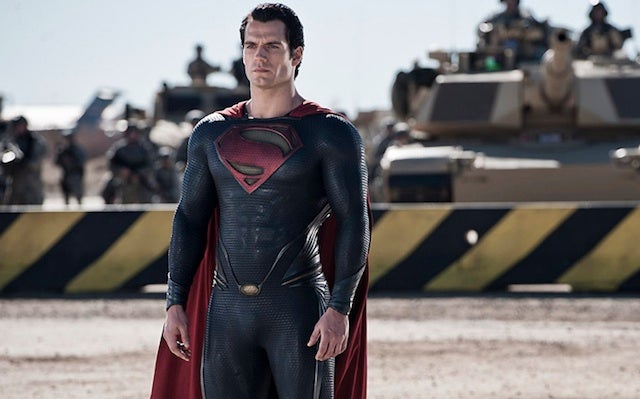 Director Zack Snyder promised a grittier and more realistic take on Superman with “Man of Steel” and for the most part critics are hailing his 21st re-interpretation of the comic book icon.

The Warner Bros. release hits theaters on Friday, where it is expected to dominate the weekend box office. Henry Cavill stars as the red underwear-less Superman, Michael Shannon is the menacing General Zod, Amy Adams portray’s Lois Lane and Russell Crowe plays the biological father of the defender of truth, justice and yada, yada, yada.

“Man of Steel” scored a strong 71 percent “fresh” rating on critics aggregator Rotten Tomatoes and that number could soar higher still as more reviewers weigh in during the week. It’s worth noting that the general assessment is in line with “Superman Returns,” which may have disappointed at the box office, but did garner a solid 76 percent “fresh” rating on Rotten Tomatoes.

TheWrap’s resident critical sage Alonso Duralde wasn’t ready to elevate “Man of Steel” into the pantheon of all-time great comic book films, but he did praise Snyder’s approach to the material and seemed genuinely excited by the prospect of future Superman adventures. “This ‘Man of Steel’ flies, even if it doesn’t quite soar,” Duralde wrote. “Snyder’s direction feels far more assured than it did in the misfires of ‘Watchmen’ and especially ‘Sucker Punch,’ and now that the requisite first-movie origin story has been accomplished, the movie lays the ground for what could be some thrilling sequels featuring a Superman who’s both exactly what people want to see and a significantly different take on a well-established character.”

Also read: ‘Man of Steel’ Review: This Grimmer ‘Superman’ Might Not Soar, But It Flies

The New York Post’s Lou Lumenick also seemed impressed by Snyder’s darker interpretation  of the material, and praised the dimple-chinned Cavill as having the same charisma as the late, beloved Christopher Reeve.

“I’ve not been a fan of director Zack Snyder (‘Sucker Punch”) in the past, but under Nolan’s supervision he largely lays off the ADD editing and does a highly respectable, and sometimes inspired job of retooling the basic Superman mythology in ‘Man of Steel,'”Lumenick wrote.

Time Out London’s Dave Calhoun groused that the film’s final battle was a whiff, but praised the middle section of the movie that finds Superman grappling with his powers and responsibilities.

“‘Man of Steel’ feels both modern and traditional – a halfway house between the broodier Nolan way of shaking things up and the louder, bone-crunching style that director Zack Snyder established with films such as ‘300’ and ‘Sucker Punch,'” Calhoun wrote. “‘Man of Steel’ is punchy, engaging and fun, even if it slips into a final 45 minutes of explosions and fights during which reason starts to vanish and the science gets muddy.”

Maybe it was the film’s heavy-handed Christ allegories that changed his mind, but the Hollywood Reporter’s Todd McCarthy admits that his initial prejudice that this was a resurrection job best skipped, were brushed aside by Snyder and company’s fresh take on the well-worn material.

“Zack Snyder’s huge, backstory-heavy extravaganza is a rehab job that perhaps didn’t cry out to be done but proves so overwhelmingly insistent in its size and strength that it’s hard not to give in,” McCarthy wrote. “Warner Bros.’ new tentpole should remain firmly planted around the world for much of the summer.”

For the Associated Press’ Jake Coyle all the much-vaunted realism translated into a ponderous bore. Would it have killed Supes to crack a smile, he wondered.

“Snyder’s joyless film, laden as if composed of the stuff of its hero’s metallic nickname, has nothing soaring about it,” Coyle wrote. “Flying men in capes is grave business in Snyder’s solemn Superman. ‘Man of Steel,’ an origin tale of the DC Comics hero, goes more than two hours before the slightest joke or smirk.”

The Village Voice’s Stephanie Zacharek saw a film that came tantalizingly close to being good. The performances were strong, as were some of the set pieces, but she wrote that the real problem is the comic book genre itself.

“These movies are no longer driven by characters, though they feature some of the best-loved figures in the universe (whether it’s Marvel’s, or in this case, DC’s),” Zacharek wrote. “They’re all about plot mechanics and increasingly elaborate special effects, though they pretend to tangle with the serious, life-and-death issues that end up being these movies’ big bugaboo.”