The “This Is Us” star accidentally gets dropped to the bottom of a shark-infested ocean along with “The Vampire Diaries” alum Claire Holt in the new trailer for the upcoming thriller “47 Meters Down.”

Moore stars in the film as Lisa, who is ready for adventure in Mexico with her sister Kate (Holt) following a bad break-up. Kate suggests they go shark diving with some locals to catch a face-to-face look at great white sharks.

“I don’t even know how to dive,” Moore says in a particularly ominous line of dialogue from the trailer. A handsome local assures her that “it’s totally safe,” pretty much guaranteeing that it won’t be.

And sure enough, their worst fears are realized when the cage breaks away from their boat and they find themselves plummeting to the bottom of the seabed, too deep to radio for help without making themselves vulnerable to the savage sharks, with their oxygen supplies rapidly dwindling.

See the poster for the Johannes Roberts-directed film from Entertainment Studios below, and watch the trailer above. 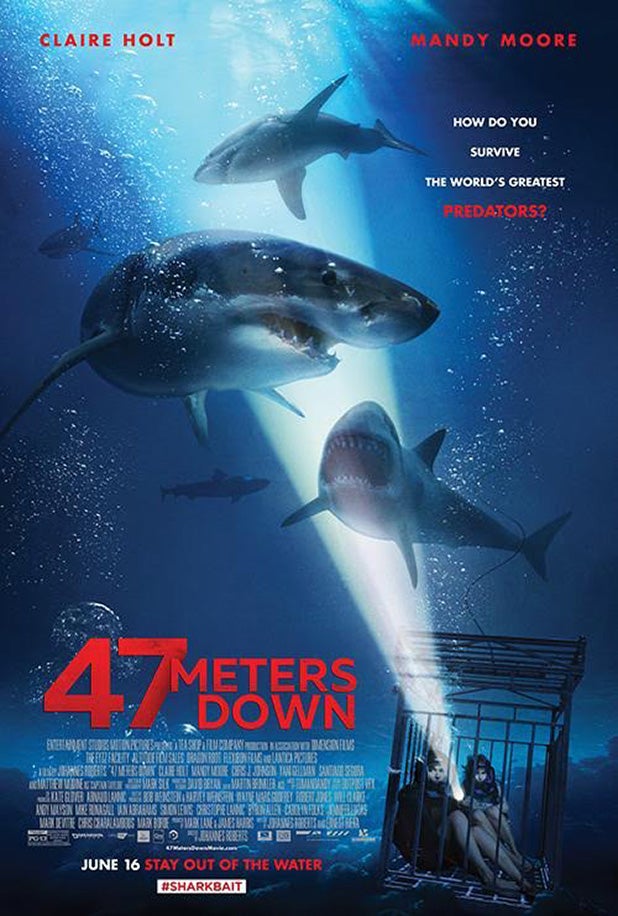