The Pearson family said goodbye to its matriarch during Tuesday night’s penultimate episode of “This Is Us.”

Mandy Moore’s Rebecca Pearson died with her family by her side in an emotional episode, which began to tie up the story ahead of next week’s series finale. The episode took place in two locations — by her bedside as she took her last breaths, and on a train, where a younger version of Rebecca is seen reminiscing about her life.

The episode ends with a sweet reunion, as Rebecca heads to the back of the train and is met by her first husband, Jack (Milo Ventimiglia).

Moore shared a photo from the final scene on social media following the episode, writing: “‘If something makes you sad when it ends, it must have been pretty wonderful when it was happening’… and with that, one last car. The caboose.”

Series creator Dan Fogelman also shared a heartfelt post about the episode, featuring Moore sitting on the train in between takes, chatting with the bartender.

“As a wise doctor once said: “You’re as tough as they come, Rebecca Pearson. And you, my dear, have earned a rest,'” he wrote. 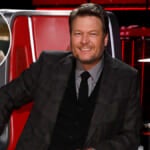 Fogelman then shifted the mood with a more lighthearted post, which included a video of Moore wrapping her final scene as the older version of Rebecca. “The last time ⁦@TheMandyMoore⁩ wore age makeup,” he joked.

“This Is Us” comes to an end next week. The much anticipated series finale airs May 24 at 9 p.m. on NBC.