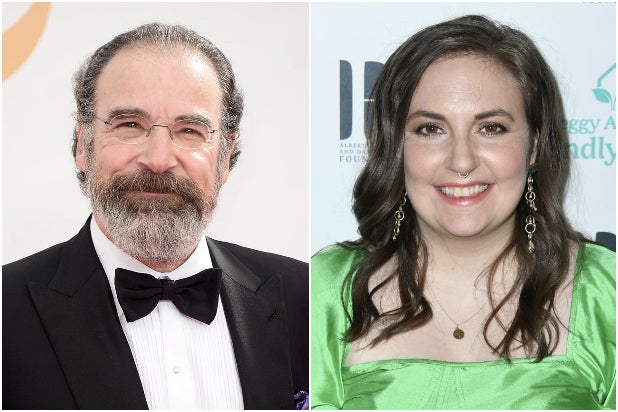 Mandy Patinkin and Lena Dunham are set to star in “Iron Box,” the next film from the director of “And Tomorrow the Entire World,” Julia von Heinz.

Von Heinz’s “And Tomorrow the Entire World” is Germany’s submission to the Best International Feature race for the Oscars and was just acquired by Netflix.

“Iron Box” tells the story of a New York businesswoman, who takes her aging father back to his homeland in Poland and hopes to discover her own Jewish roots in the process. The film is set in 1990 shortly after the fall of the Berlin Wall and grapples with the father’s reluctance to return to his homeland after escaping from the region during the Holocaust.

It will be the third part of von Heinz’s “Aftermath Trilogy,” which includes “And Tomorrow the Entire World” and 2013’s “Hanna’s Journey,” both of which explore the legacy of the Nazis on post-war Germany.

Fabian Gasmia, who produced “And Tomorrow the Entire World” with von Heinz, will also serve as a producer on “Iron Box.” The film is backed by Medienboard Berlin-Brandenburg, the German-Polish Film Fund and Creative Europe.

Dunham — who created, wrote and starred in the HBO series “Girls” — is currently executive producing the HBO Max series “Generation” and is currently working on a comedy called “Catherine Called Birdy” that she wrote and will direct. She most recently starred in the films “The Stand-In” and “Once Upon a Time…in Hollywood.”

Patinkin wrapped his run on “Homeland” last year and recently starred in the Spanish comedy “The Queen of Spain.”

TheWrap spoke with von Heinz about “And Tomorrow the Entire World,” which you can watch here.

Variety first reported the news of the casting.