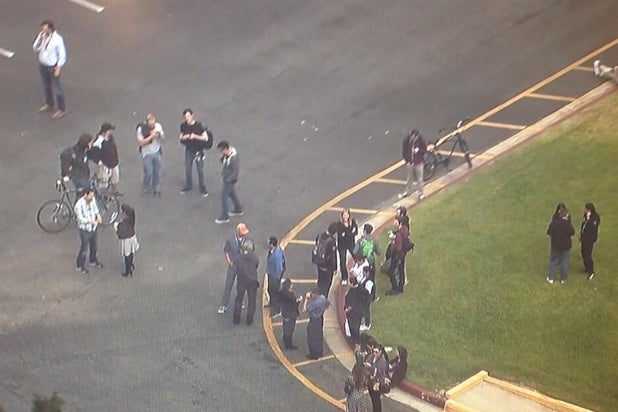 Manhattan Beach Studios were evacuated Tuesday due to a bomb threat, TheWrap has learned.

Police set up a command post at the corner of 33rd and Aviation in Manhattan Beach, around 11 a.m. No residents were evacuated.

Several journalists in the area also tweeted about the bomb threat, including Julie Sone with ABC 7 News in Los Angeles.

The studio facility most recently served as a filming location for “Captain America: Winter Soldier,” and James Cameron‘s “Avatar” sequels are slated to film there as well.

JUST IN: Bomb threat at Manhattan Beach Studios according to PD, staff evacuated as well as people in area; streets nearby closed