Mara Brock Akil, creator of the UPN series “Girlfriends” and BET’s drama series “Being Mary Jane,” has set her story27 banner at Netflix as part of her overall deal with the streamer, the companies announced Monday.

Akil (pictured above) also announced that former AMC and SundanceTV programming executive Susie Fitzgerald has been named as president of development for story27. In the role, Fitzgerald will oversee all film, television and digital media projects.

“At story27, thoughtful and entertaining projects centering the humanity of the marginalized is the priority and that starts with identifying the best and most unique storytellers,” Akil said in a statement. “Susie’s artist-friendly approach coupled with her taste and extremely impressive track record allows for story27 to be a destination and home for the next wave of creatives and writers with stories to tell.”

“I’m incredibly honored to join Mara and help build the innovative team at story27,” Fitzgerald said in a statement. “Mara’s incisive storytelling through memorable characters, as well as her innate ability to identify and develop fresh talent, make her a visionary in the field.” 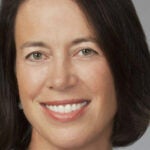 Fitzgerald comes to story27 to oversee a slate of projects in various states of development. As detailed in the statement, they are:

“Agency” — Hour-long drama. Inspired by the real lives of iconic sports agents, Aaron and Eric Goodwin, “Agency” follows two Black brothers from Oakland whose relationships to each other and their family are tested when they form a sports agency to disrupt the industry and the culture.

“Astronaut Chicks” — Half-hour comedy. In a speculative near future, four young, female Black friends challenge each other to live a fly life, launch some dreams, and land on some purpose.

“Stamped From the Beginning” — In partnership with One Story Up, “Stamped from the Beginning” is the hybrid documentary feature adaptation of Dr. Ibram X. Kendi’s incisive and urgent work of the same name, which chronicles in detail the origins and evolution of racist ideas. 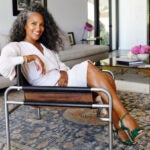