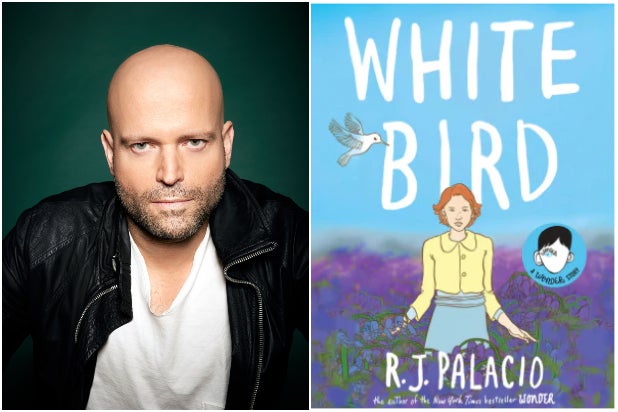 “White Bird” is set in the same universe as “Wonder” and is the story of an 11-year-old bully seen in the first film who gets a visit from his grandmother from Paris and learns about her fairy-tale childhood before she’s forced to escape from the Nazis in occupied France.

Mark Bomback (“The Art of Racing in the Rain,” “War for the Planet of the Apes”) wrote the screenplay based on Palacio’s graphic novel. The producers behind “Wonder,” Mandeville Films’ David Hoberman and Todd Lieberman, are also producing “White Bird,” as is Palacio.

“White Bird” was published by Alfred A. Knopf and hit bookstores last October. Palacio’s books have sold more than 15 million copies with editions published in fifty three languages, and the 2017 film “Wonder” starring Julia Roberts and Owen Wilson made $305 million at the global box office.

James Myers and Aaron Edmonds are overseeing the project on behalf of the studio. Bonnie Stylides negotiated the deal on behalf of Lionsgate.