Director Marc Forster, best known for directing “Finding Neverland,” “World War Z” and “The Kite Runner,” is set to direct Tom Hanks in the English language adaptation of “A Man Called Ove,” according to an individual with knowledge of the project.

Screenwriter David Magee, who previously collaborated with Forster on “Finding Neverland,” is set to write the script based on a best-selling novel by Swedish writer Fredrik Bakman that inspired a 2012 film that earned two Oscar nominations.

“When I first read Fredrik Backman’s novel, I fell in love with the notion that friendship has the power to shape a person’s life,” Forster said in a statement. “I can’t wait to create a film with so much humor and heart alongside Tom and Rita.” 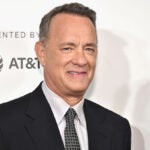 Also Read:
Tom Hanks Is Set to Star in and Produce ‘a Man Called Ove’ Adaptation

Written by Backman and published in 2012, “A Man Called Ove” follows Ove Lindahl, a depressed widower whose life is changed for the better when a chatty family of four moves in next door. The Swedish adaptation was directed by Hannes Holm and starred Rolf Lassgard in the lead role.

Hanks will produce the film through his Playtone banner with Gary Goetzman, along with his wife, Rita Wilson, and Fredrik Wikstrom Nicastro. Nicastro also produced the tennis film “Borg vs. McEnroe,” as well as the Swedish adaptation of “A Man Called Ove,” which was the highest grossing foreign film of 2016 after earning two Oscar nominations, for Best Foreign Language Film and Best Achievement in Makeup and Hairstyling.

“Fredrik Backman wrote a novel that has entertained, moved and inspired countless readers through his character of Ove,” Wilson added. “The humanity of the story has resonated with people all over the world, including myself. I have always looked for films that bring people joy and, hopefully, create a common experience of recognizing ourselves in others. It’s an honor to be producing this movie and to be bringing it to audiences everywhere.”

Forster is repped by WME.