After so much bad news over the past – oh, it’s been awhile – many viewers might be in the mood for entertainment that’s a little sweeter, gentler and kinder. Enter the adorable and effortlessly charming Marcel the Shell (Jenny Slate), a one-eyed, child-like anthropomorphic shell living in an Airbnb with his grandmother, Connie (Isabella Rossellini).

They are the only two shells remaining in the home after a devastating upheaval tore their community away from them when the couple (Rosa Salazar and Thomas Mann) who lived at the house split up, accidentally carrying off Marcel’s family and friends. But these two tiny creatures have since learned to survive, making the best of their microscopic world through creative means.

Many wonders and punchlines stem from their makeshift solutions, and it never seems to grow old in “Marcel the Shell With Shoes On,” which premiered at the 2021 Telluride Film Festival. One of the many Airbnb renters that has stopped at Marcel’s home is a recently separated filmmaker, played by the movie’s real director, Dean Fleischer-Camp. As he begins to record Marcel’s world, the filmmaker introduces Marcel to an online audience, and he quickly amasses a following. Using his viral fame for good, Marcel uses his platform to find his family and reunite with them.

Fleischer-Camp – who worked on the story with Slate, Nick Paley and Elisabeth Holm – expands the world first established in his three earlier shorts featuring Marcel the Shell with a feature-length story that’s deeper than the premise may appear. On one level, there’s a character development challenge where the filmmakers had to create solutions to problems, like how does a one-inch tall shell get the oranges off of trees? The next hurdle is how the filmmakers use the stop-motion animation process to pull off the visual illusions, like making a tiny shell walk and change its environment. But how does one use a tiny shell to discuss grief, loneliness and loss?

Thankfully, the team behind “Marcel the Shell with the Shoes On” meets these questions with an open heart and a childlike sense of play. ​​Disasterpeace’s music bounces along with Marcel’s miniscule steps with an acute sense of joy and sadness. Fleischer-Camp and cinematographers Eric Adkins and Bianca Cline recreate a low budget documentary-style type of filmmaking — think out-of-focus shots, or ones that focus while an interview is being conducted. It’s a bit meta watching the movie version of Fleischer-Camp making the project by himself as the real-life version makes the movie with a bigger team of collaborators.

As the soul of our star shell, Slate gives a wonderful performance, voicing Marcel’s nonstop questions, both poignant and inane, with a genuine sense of curiosity. It’s the kind of heartfelt performance that brings to mind a Pixar movie. Marcel is peppy when showing Fleischer-Camp’s camera around the house, protective when it comes to Connie’s well-being and rarely frustrated enough to deliver a cutting remark to guilt Fleischer-Camp into helping him. As Connie, Rossellini is a calming force in Marcel’s life; her voice is reassuring and knowing. Even though she can be forgetful, she encourages Marcel to pursue the opportunities that could lead them to reunite with their family. 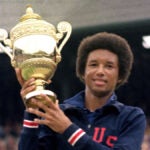 How does a talking one-eyed shell hold an audience’s attention for a feature-length film? Turns out, humanizing Marcel is more than just giving him quippy lines and silly contraptions for him to get food. It’s about having him go through human experiences like loss and loneliness. Those moments got as big reactions from the festival crowd as any punchline, including some sniffles and tears. When Slate’s childlike character grapples with that type of pain for the first time, the result is effectively heartbreaking.

But by the film’s end, it feels like the cinematic equivalent of a hug. It’s comforting and cheerful because even the saddest of moments don’t last long. There are always more adventures, more jokes and more songs to sing for little Marcel the Shell and his newfound audience: us.