Another member of the Johnson family is headed to Cal U! Freeform’s “grown-ish” has been renewed for Season 5, and Marcus Scribner from “black-ish” will join the cast full time.

Scribner plays Andre Johnson Jr., the younger brother of Yara Shahidi’s Zoey. While Zoey and the rest of her friends at Cal U are set to graduate at the end of the current season, Scribner will now be the one hitting the books as he embarks on his own journey to being “grown.”

Scribner joined the cast of “black-ish” in 2013 as the television son of Anthony Anderson and Tracee Ellis Ross. The show was his first series regular role. He previously made appearances on “grown-ish,” visiting his sister on campus. 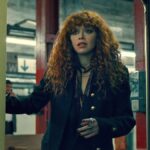 He has won an NAACP Image Award for the role of Junior.

In other “grown-ish” news Zakiyyah Alexander and Courtney Lilly have been tapped as co-showrunners.