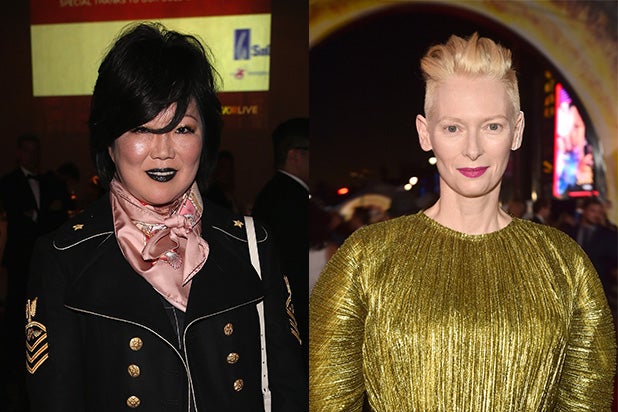 Margaret Cho says Tilda Swinton called her about the “Doctor Strange” whitewashing controversy — but the whole conversation made her feel like “a house Asian.”

“It was weird because I felt like a house Asian, like I’m her servant,” Cho said on Bobby Lee’s podcast “Tiger Belly” earlier this week.

The comedian explained that Swinton reached out to Cho after the comedian made countless comments on social media about Swinton’s casting as The Ancient One in “Doctor Strange,” a casting that caused controversy because the character is an older man of Tibetan descent in the comics.

Also Read: Tilda Swinton on 'Doctor Strange' Whitewashing: 'I Was Not Bad Casting'

“Tilda eventually emailed me and she said that she didn’t understand why people were so mad about ‘Doctor Strange’ and she wanted to talk about it, and wanted to get my take on why all the Asian people were mad,” Cho told Lee, adding that the the encounter was “weird.”

Cho also said Swinton told her not to tell anybody.

“They would have the house servant who was your confidante … The servant that was close to you,” Cho said. “That’s sort of what I felt like, like I was following her with an umbrella. I had a weird feeling about the entire exchange, especially the part of ‘don’t tell anybody.”

When the film’s trailer hit the web, fans said casting Swinton was racist because the character was depicted in the comics as being Tibetan — and Swinton is a white British woman.

“There is little for me to add except to say that anyone speaking up for a greater accuracy in the representation of the diversity of the world we live in has me right beside them,” Swinton said about the issue in a cover story interview for November’s Out magazine.

“As someone who has worked from the beginning as an artist within a queer aesthetic, the urgency of that voice is always going to be welcome. At the same time, the film Marvel has made — in which they created a part for which I was not bad casting, in actual fact — is a departure from the source material in more ways than one,” Swinton added.

Soon after the trailer’s release, Marvel addressed the uproar by underlining their “strong record of diversity in its casting of films,” and preceded Swinton’s statements about the character by saying, “The Ancient One is a title that is not exclusively held by any one character, but rather a moniker passed down through time.”

In response to Cho’s comments, Swinton’s team sent TheWrap the complete email thread between the two, which you can read here.

Upon being told that Swinton shared their emails, Cho sent TheWrap a note, saying, “Asian actors should play Asian roles. I believe my emails stand on their own and should be taken for the spirit in which they were intended. I am grateful that the debate has now entered the national discussion and remain a huge fan of Tilda’s. Now I’m going to go fall asleep at a museum.”